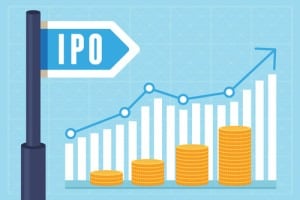 The prospectus describes an IoT based business with 1.9 million registered users, generating 60 million video streams on a daily basis.

Netgear’s Arlo Technology, a unit that focuses on home security alarms and cameras, announced it has filed for an IPO based on its cloud and IoT business.

The Prospectus: By the Numbers

The company filed a prospectus with the Securities and Exchange Commission detailing specifics about its key IoT product portfolio that include:

Merrill Lynch, Deutsche Bank, and Guggenheim Securities are among the investors leading the offering. Raymond James Cowen and Imperial Capital will act as joint book-running managers for the offering.

The number of shares available and their price have not yet been determined, but Netgear said the offering will involve less than 20% of Arlo’s stock. Netgear will hold on to the remaining stock. The Securities and Exchange Commission must give approval for the offering.

“Our cloud-based platform creates a seamless, end-to-end connected lifestyle solution that provides customers visibility, insight and a powerful means to help protect and connect with the people and things that matter most to them,” Arlo says.

The company generated over $100 million in revenue in Q1 of this year with a net loss of $5.4 million.