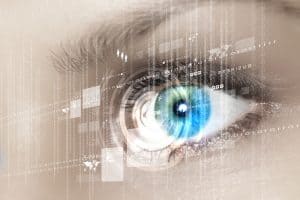 Organizations that fail to incorporate computer vision into processes will simply not be able to compete with rivals capable of processing massive amounts of data in a way that provides their customers with real-time insights that previously would be unattainable.

Neurala has made available a software development kit (SDK) designed to make it easier for machines to learn from what they see.

A BrainBuilder SDK now makes possible for developers to add vision capabilities based on machine learning algorithms to, for example, a manufacturing line or any other use case requiring a machine to visually inspect something.

The goal is to leverage the BrainBuilder SDK to add vision capabilities enabled by machine learning algorithms to existing devices rather than requiring organizations to completely replace them, says Daniel Glasser, vice president of client operations for Neurala.

The hard part was creating a vision platform based on deep learning algorithms, also known as neural networks, that could run efficiently on what amounts to edge computing platforms that typically have limited compute capabilities, added Glasser.

The core BrainBuilder tool for building AI applications is accessed as a software-as-a-service (SaaS) platform. The BrainBuilder SDK then makes it possible to deploy an AI model on the local device.

In comparison to BrainBuilder SDK, Glasser said rival approaches to computer vision are static, which makes it hard for them to, for example, identify new classes of products coming down a manufacturing line without having to be retrained.

Ultimately, the reduces the need to rely on data scientists to maintain the AI application, added Glasser. That capability is especially important in industries where manufacturing lines need to dynamically adjust to variable demands for different classes of products.

For that reason, Optelos, a provider of a SaaS platform to conduct digital asset inspection and management, has partnered with Neurala to provide visual inspection capabilities within industrial environments.

Neurala has also partnered with pioneer AviSight, a provider of a drone service, that will enhance its existing vision inspection tools via integration with the BrainBuilder platform from Neurala. That capability will be applied to, for example, remotely inspect pipelines, cell towers, and wind turbines.

Other companies leveraging the Neurala platform include Badger Technologies, a unit of Jabil, that builds robotic systems, and IHI, a manufacturer of aircraft engines and turbochargers for vehicles and industrial machines.

At this point, the debate is no longer so much over whether AI in the form of computer vision will be applied. Rather, the issue is to find a way to flexibly incorporate AI into existing processes and systems operating in real-time that can evolve over time. Organizations that fail to incorporate computer vision into processes will simply not be able to compete with rivals capable of processing massive amounts of data in a way that provides their customers with real-time insights that previously would be unattainable.

Of course, integrating an SDK into any edge computing platform will require some application development skills. Fortunately, as organizations that invest in AI platforms also embrace best DevOps processes, it is becoming simpler to build, deploy and update AI applications faster. The challenge now is to teach data scientists that might have never heard of DevOps how to build AI models that can be more easily slipstreamed into existing applications and processes.