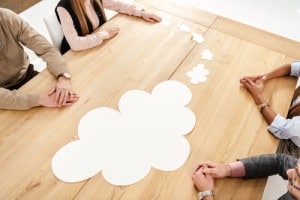 A new report published by Nutanix indicates that most IT decision makers see a hybrid cloud model as the best for future projects.

A new report published by Nutanix, a cloud computing company, indicates that most IT decision makers see a hybrid cloud model as the best for future projects, despite only 18 percent using the model at present.

97 percent of respondents to the survey, conducted by Vanson Bourne, said application mobility across all clouds as a top priority. 88 percent said that mobility across platforms would solve a lot of the inherent issues with cloud management.

See also: Rethinking DDoS Security for the Era of Cloud and 5G

Hybrid cloud appears to be the model of the future, with 91 percent stating it is the ideal model. Out of the 18 percent that runs a hybrid cloud model, 49 percent said their needs were being met, compared to 37 percent of single public cloud users.

“While the advent of public cloud has increased IT efficiency in certain areas, hybrid cloud capabilities are the next step in providing the freedom to dynamically provision and manage applications based on business needs. However, the findings of this study reveal an important gap in the market: organizations need IT talent to manage their hybrid cloud models, especially in the next 12 to 24 months.”

Six times as many public cloud users overspent in their use of resources, compared to those that underspent. This could be an issue going forward, as only six percent of hybrid cloud users said cost was a determining factor when choosing cloud platforms.