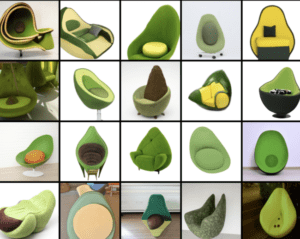 DALL-E was already the most well known of the generative systems before OpenAI made it available to the wider public.

OpenAI has announced the launch of an API for DALL-E, its generative text-to-image system, which provides businesses with the ability to integrate it into their own products.

DALL-E is one of the first consumer AI products where artificial intelligence is at the center of the experience. Users can input random bits of text and the AI will generate an representative image, based on the some of the 12-billion parameters that it was built on.

SEE ALSO: Could AI-Generated Images Be Next Goldmine?

The introduction of DALL-E to the wider public and businesses has been met with some unease by some artists and creatives, which see the tool as a way to cut them out of a job. Issues with using copyright material to feed the AI model, and not paying artists, is also a concern. Others have worried about the capability of the AI to generate crude or racist imagery, but OpenAI has added blockers into the text box to avoid misuse.

OpenAI does not have a target demographic for its API and has already seen it be used by all sorts of businesses. Microsoft, which is a major investor in OpenAI, has embedded DALL-E into its Designer app, which uses software to generate imagery for PowerPoint, Word, and other Office 365 programs.

“We already have a few customers building on this in very interesting ways,” said Luke Miller, a product manager at OpenAI, to The Verge. “Some are creative explorations, some are more business oriented. It’s always inspiring to see the creative ideas people come up with.”

DALL-E was already the most well known of the generative systems before OpenAI made it available to the wider public. If it manages to become the first choice for businesses, it may be hard for competitors to gain traction when they release their own generative systems.

This is because, for now, DALL-E is seen by many to be “futuristic” in its capability of matching a string of words to an image. It will be hard for Google or Meta, which are both working on similar systems, to showcase how there rival product is more capable, unless it is far more accurate.

Competitors don’t seem too worried about this possibility however, with both Google and Meta restricting public use to very limited tests. Midjourney and open-source Stable Diffusion have launched similar text-to-image generators, but they have not gained as much interest as DALL-E.