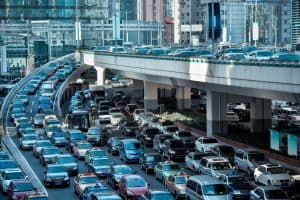 Researchers are exploring how perceptive AI might be used to evaluate traffic pattern scenarios and make city driving safer.

The dream of eliminating road accidents moves one step closer thanks to a research team at Universitat Oberta de Catalunya (UOC). They’re exploring how perceptive AI might notice conditions for accidents and traffic hazards, offering humans the chance to intervene before it’s too late.

How does perceptive AI work?

The team, led by Cristina Bustos and Javier Borge, developed algorithms used to train neural networks to recognize the conditions surrounding major traffic issues. These patterns are present before an accident occurs, but human perception frequently misses the mark because of the sheer amount of data.

For example, a human might recognize wet road conditions, but other much more subtle factors may go unnoticed. The team points to what they call “the urban scene,” things like parked cars or even the placement of advertisements that can distract drivers, causing an accident. The number of distinct elements found in a scene correlates with the number of accidents.

Who created the study?

Complex Systems @ IN3 (CoSIN3), a research group located at the Internet Interdisciplinary Institute, combined forces with the Scene Understanding and Artificial Intelligence Lab (SUNAI) from the Faculty of Computer Science, Multimedia and Telecommunications. Spain’s National Traffic Authority and city councils from both Barcelona and Madrid also joined the initiative.

Affiliates from MIT and Àlex Arenas, a researcher from the Department of Computer Engineering and Mathematics at Universitat Rovira i Virgili (URV), also lent expertise to the project. Together, the team took traffic data and used deep learning applied to computer image processing. The result was a set of algorithms able to process the complexity of a scene in urban traffic.

The convolutional neural network first discerns simple patterns across a top layer of an image. As the algorithm goes deeper, the patterns become more complex until the computer can recognize even a human face.

Deep learning is still a black box problem. Machines come to conclusions, but they don’t tell us why. The system requires the expertise of an urban planner or engineer who can validate the result and implement changes.

Researchers hope this type of research can help in future city planning as humans continue to move and relocate. Right now, the team notes the biggest hurdle is data availability to train the algorithm. However, the team is still looking into multiple hazardous patterns to build a system that makes car accidents and traffic hazards a thing of the past.