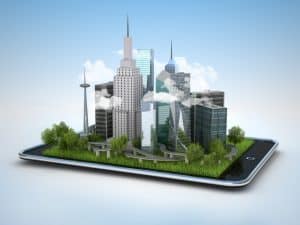 One of the best ways to increase acceptance and usage of smart city technologies is to emphasize how it removes friction from our life.

When Paris was created, it was not designed to be a metropolis; it was founded in the third century B.C. by Celtic fishermen. The city has had to remodel numerous times to keep up with technological change. One of the reasons Paris is called the “City of Light” is not due to its nightlife, but rather refers to the fact it was one of the first major European cities to install widespread gas-powered lighting. Today, Paris resembles many other major cities in its recognition that it needs to update itself to continue being a modern city. Sometimes it is as simple as putting an electric vehicle (EV) charging pad (such as this one) onto a parking space. Infrastructure, which people often take for granted, coupled with technology and innovation, can drive quality of life. This can be illustrated with two examples, which at first seem simple and insignificant: parking and EV charging.

Parking in urban areas is a major issue. Parisian drivers spend an average of 20 minutes finding a space to park once they reach their destination. In that time, precious energy and time are wasted. However, only so many buildings can be razed to provide parking before the city revolts. As long as passenger vehicles remain a major part of modern transportation, parking infrastructure solutions are needed.

Many smartphone apps offer a variety of services such as parking space reservations, parking meter payments, and can even lead one to a valet service are. Some of these apps have been incorporated into the cars’ operating systems. BMW car owners can use ParkMobile (previously known as “ParkNow”) on their car navigation screens as well as their phones to identify available parking spaces, reserve them, and, when allowed, make payments with the app. ParkMobile is one of five different apps available in Paris, and the fact that there are five such applications suggests you have to comparison shop – and that is not what many drivers on vacation want to do. If cities want to ensure these apps work more fluidly, they should push for standardization among parking apps and require those apps integrate with other pieces of infrastructure, such as EV charging. Therefore, it makes sense when you are developing a parking app to make it as flexible and upgradable as possible. After all, that parking space may no longer be just a parking space- it might also serve as an EV charging station.

Many forget the first “horseless carriages” ran on steam, gas, and electricity. Gas cars prevailed due to lower prices and better energy infrastructure. Few outside the urban areas had electricity in the US through the 1930s. Now that EVs are “back,” we need an EV charging network to support them. One possibility is to add charging stations and pads to parking spaces. It makes sense that drivers should be able to use one app to pay for both parking and charging, even if the services are performed by different companies.

On-street charging solutions are important to cities because EVs are not practical if one does not live close to a charging station and the charging station is difficult to access. Some governments have already mandated and/or provided financial incentives to ensure a percentage of parking spaces include EV chargers. However, many questions still remain. Today, many charging stations can take as much as eight hours to fully charge a vehicle, and if a car cannot stay in a charging station for eight hours straight, then the city dweller may get a headache constantly calculating and moving the car to keep it appropriately charged. The solutions need to be affordable; not everyone can afford $40 to pay for New York City parking (and that’s not counting how much it costs to charge an EV). Some solutions are in the works; Volkswagen developed a robot that can be summoned by an app to electronically charge an EV in a parking space. This solution does not require expensive infrastructure renovations but does not answer all infrastructure questions. For example, is the robot’s plug compatible with the car’s charging outlet?

There are at least four plug standards in the United States. It is not enough to have “a” charging station available; it must be compatible with your car. For example, Salina, Kansas, a city popular with Interstate 70 drivers who need to refuel or recharge, has available three EV charging stations, each with different plugs. This means the driver has to select the correct station for their car. One station uses the Tesla proprietary plug, the second station has CCS and CHAdeMO plugs, and the charging station (which is at a hotel) provides a J1772 plug. While discussing with my father, a Ford Fusion owner, I found out the CHAdeMO plug fits (mostly) into the vehicle’s J1772 outlet, and there is a fifth standard of sorts he called the 110, which he uses to charge at home. This discussion makes me nostalgic for being able to drive up to any gas station and fill the tank with one gas nozzle- or diesel. If the role of infrastructure is to facilitate actions, then the need to know whether you can use one of the plugs or have the relevant adaptors is an infrastructure failure. The car charger companies understand this problem. For example, EVgo is retrofitting many of its stations to include Tesla proprietary plugs, and Electrify America’s charging stations offer CCS, CHADeMo, and J1772 plugs. There are at least two solutions to this problem: standardization and regulation.

In contrast to the apparently laissez-faire American approach, the European Union (EU), Norway, Switzerland, and the United Kingdom mandated that public DC fast chargers must have CCS plugs, thus setting a standard through regulation. Even Tesla, which invested heavily in its proprietary plugs and chargers, jumped onboard by switching out its charging networks’ plugs for CCS. In the United States, where standards are not mandated, Tesla took two years to release the CCS adaptor. This illustrates that regulation can successfully set standards and provide efficient infrastructure for users.

One of the best ways to increase acceptance and usage of smart city technologies is to emphasize how it removes friction from our life, thus increasing support for a stronger smart city organism. An efficient infrastructure is crucial to an autonomous future as well. Autonomous vehicles will have fewer decisions if there are fewer EV charging standards and parking space availability is updated in real-time. One of the preeminent goals of smart cities is to improve one’s quality of life, and removing complications such as finding parking spaces and compatible charging stations is just one example of what smart cities can do. If we can develop seamless smart infrastructure, we will be closer to a more opportune future.