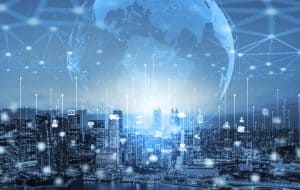 A new survey by the creators of popular service mesh project Linkerd shows that adoption of the technology is being driven by its security enhancements.

Service mesh adoption is still in an early stage of adoption, but security enhancements are leading to more organizations testing or integrating the infrastructure layer into their software.

That’s according to a new blogpost by the the Linkerd-creator, Buoyant, which conducted a survey at Kubecon.

SEE ALSO: What’s With All the Mesh? Why Data Mesh, Event Mesh, and Service Mesh Are Becoming Critical to Enterprise Digital Transformation

58 percent of respondents said that Mutual TLS was the feature that mattered to them the most, which is the mutual authentication protocol that verifies that both parties are who they claim to be.

That lined up with Buoyant’s own findings, as its on-by-default mTLS is the primary driver of Linkerd adoption. Speaking to people at the conference, there is demand for further encryption to be added to the service mesh, such as micro-segmentation and policy and zero-trust implementations.

Once an organization has decided to add a security mesh, the most important factors for selection were ease of use and installation and the extent of the feature-set. Simplicity and resource consumption were also factors that attendees considered when choosing.

Some of the main roadblocks to service mesh adoption link with the most important factors for selection. Time investment and complexity was the main roadblock, as some organizations confessed that once Kubernetes has been implemented they did not want to add another layer.