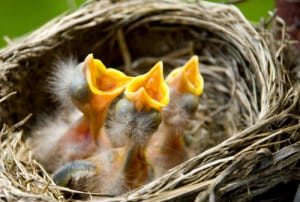 Doing an IoT project for the sake of it isn’t enough. The latest Capgemini report casts some light on why so many IoT projects fail in the pilot stage.

The Internet of Things may be all about having lots of “things” connected to your business in some fashion, but “things” don’t deliver revenue by themselves. It’s what you do with the information and capabilities IoT offers that ultimately matters.

A new report from Capgemini states that several challenges – lack of a clear business case, security concerns, constrained analytical capabilities and uncertainty about IoT standards and protocols – are limiting organizational ability to realize value from their IoT investments.

The study’s authors surveyed senior executives from more than 300 organizations who are already implementing IoT initiatives, as well as analyzing more than 300 cross-sector, real-life IoT uses cases used for internal operations spanning industrial manufacturing, retail, consumer products, energy & utilities, automotive and telecommunications, to identify which ones have the greatest impact.

“At many organizations, IoT initiatives designed to optimize operations do not achieve their goals or reach meaningful scale,” the study’s authors observe. “We found that more than six out of ten organizations have failed to take operational IoT initiatives past proof-of-concept stage or beyond implementation at one or two sites.”

Reasons why they fail in pilot stage

The Capgemini report cites a number of reasons why the IoT promise is failing to turn into reality:

What’s needed to tackle the problem

The report’s authors recommend attacking the problem from three directions:

The goal of IoT is to open up new business opportunities, either through real-time performance monitoring of assets or delivering services to the endpoints. Organizations need to be ready to build and invest as they embrace IoT, and be open to innovation that could change the courses of their businesses.