Home / Analytics / The Digital Floor Has Replaced the Digital Ceiling 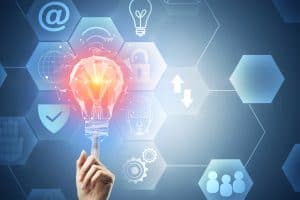 Companies are looking to transformative technologies to help with innovation, deliver better customer service, and detect fresh insights from the petabytes of data they have on hand.

The pandemic has upended so many of our expectations in the two and a half years since reports first emerged of a new respiratory virus in Wuhan, and nowhere more so than in the world of business.

Infosys’ Digital Radar has been studying the intersection of business and technology since 2018, each year examining what’s popular, what’s working, and what matters.

In our first study since the start of the pandemic, we have found one particularly notable shift: the “watchers” – the businesses taking a wait-and-see approach to technology – have vanished.

And we have also seen that where there was a digital ceiling that separated elite companies from those with mid-tier tech adoption, there is now a digital floor.

The digital floor is built on a foundation of baseline technologies that all large enterprises must adopt to remain relevant. Cloud computing and legacy modernization are the basis of this floor: this work is now mostly done. Fewer than 1% of the nearly 2,700 business executives surveyed said their companies had yet to start adopting these two digital initiatives, Digital Radar 2022 finds. In some industries, the digital floor includes additional components, but cloud and modernization are always essential. With this foundation established, companies can then move on to the next level and start using a diversity of digital tools.

Digital Radar 2022 asked about 19 different technologies, from open-source computing to augmented reality. Respondents told us their organizations have at least started adopting these initiatives 96% of the time. This held true across all industries, which is a sharp contrast to the state of things three years ago. In 2019, Digital Radar showed that companies in retail had begun pursuing tech initiatives 81% of the time, much more than the 59% underway in health care organizations. Now, those start rates have climbed to 97% for retailers and 98% for health care enterprises.

By technology, the discipline of application programming interfaces and microservices achieved the highest level of implementation in the survey. Some 79% of respondents have APIs and microservices implemented in at least one business unit. Cybersecurity ranked second overall at a close 78%, followed by the Internet of things at 77%.

To be sure, what it takes to implement a particular digital discipline varies from tech to tech, industry to industry, and region to region. And we found that top-performing companies constantly re-evaluate their modernization efforts and cloud strategies as part of their business plan. Good companies never finish implementing these things.

But while it’s a constant that good companies continually re-evaluate their digital transformation efforts, which technologies they focus on varies from region to region.

In the US, organizations have focused on enterprise service management, automation, and the Internet of Things, and in the past two years, they have accelerated their implementation of artificial intelligence, blockchain, and IoT.

American companies are also continuing to work on automation and APIs. These joined cloud and modernization with the highest start rates. US companies are focusing their tech efforts most heavily on cloud, modernization, and developing AR/VR.

Tech adoption that delivers faster results and better experiences is one thing, but we have also found that there’s more to it than simply the plug-and-play approach.

Emerging technologies are increasingly customizable. Working with such complex systems, it’s easy to lose sight of the people and the purpose the tech is meant to serve. An enterprise’s digital efforts have to function at a human level if they are to deliver as promised.

When we also consider what business and tech executives want from technology, this is an especially timely message. Early waves of digital adoption helped companies become more efficient: the foundational technologies of the digital floor are still delivering on this front.

Now, however, companies are seeking to use technology to deliver something else. Specifically, they want technology to help with innovation, deliver better customer service, and detect fresh insights from the petabytes of data they have at hand, Digital Radar found.

This shift is reflected in the emerging and accelerating technology companies are pursuing: Digital Radar 2022 found that companies have accelerated their implementations of blockchain, artificial intelligence, and the Internet of Things the most when compared with two years ago. The emerging digital efforts – initiatives most commonly in the works at proof-of-concept or pilot stage – include no-code, low-code development, augmented reality/virtual reality, and legacy modernization.

Legacy modernization is a critical part of the digital floor, and practically all businesses have made a good start here. However, digital transformation and moving up from the digital floor remains a work in progress in most organizations and likely will continue to be so.

Anant Adya is SVP of Cloud, Infrastructure, and Security (CIS) Services at Infosys.