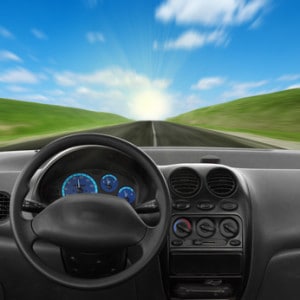 The Internet of Things (IoT) has become a powerful force for business transformation, and its disruptive impact is being felt in the automobile industry as driverless IoT-connected cars are now a reality. RTInsights Editorial Director Suzanne Kattau explains.

Indeed, the IoT has become a powerful force for business transformation, and its disruptive impact is being felt not just in the automobile industry but across all industries. In fact, according to Gartner, Inc., 4.9 billion connected things will be in use in 2015, up 30 percent from 2014, and will reach 25 billion by 2020.

“The digital shift instigated by the Nexus of Forces (cloud, mobile, social and information) and boosted by IoT, threatens many existing businesses,” said Jim Tully, Vice President and Distinguished Analyst at Gartner, in a statement. “They have no choice but to pursue IoT.”

BMW and the IoT-Connected Car

And boy are companies pursuing the IoT, especially in the automobile industry. For example, the awkward task of exiting the vehicle in narrow garages and car parks is now a thing of the past, according to BMW. BMW is one of the first automobile manufacturers to connect the IoT to their cars, yesterday unveiling its new top-of-the-line 7-series sedan. Due in showrooms in October, BMW’s new luxury car is “packed with electronic wizardry like remote-control parking” wrote William Boston in the Wall Street Journal (WSJ) today.

BMW says the BMW 7 Series’ new Remote Control Parking function allows a driver to exit the car and then maneuver it forward into a parking space by using the BMW display key. BMW’s move reflects the changes that the IoT is bringing to the automobile industry, as driverless technology is infused into more and more new cars.

Driverless car technology has the potential to change consumer habits and choices as fewer people might buy cars (since ordering a vehicle from an unmanned car service might be cheaper and more convenient). “In some ways, this will bring the luxury of a chauffeur to middle-class families and convert drive time into bonus time,” wrote Valerie Raburn, Chief Innovation Officer of Insurance Services at Xerox Corp., in a June 7, 2015 article in the WSJ.

Google and the IoT-Connected Car

Traditional automobile manufacturers such as BMW are facing hefty competition from untraditional automobile manufacturers, namely, Silicon Valley tech giants. As the WSJ’s Boston pointed out, “Apple and Google are edging in to the business, threatening to usurp profits from car-generated data and potentially bringing their own driverless technology and cars to market.”

Google is reportedly planning to launch a ride-hailing service that will compete against app-based ride service Uber. “Google is preparing to offer its own ride-hailing service, most likely in conjunction with its long-in-development driverless car project,” wrote Bloomberg’s Brad Stone in February 2015.

In January 2015, Chris Urmson, Director of Google’s Self-Driving Cars Project, discussed one possible scenario in which autonomous vehicles would patrol neighborhoods to pick up and drop off passengers.

“We’re thinking a lot about how in the long-term, this might become useful in people’s lives, and there are a lot of ways we can imagine this going,” Urmson said in a conference call with reporters on Jan. 14, reported Stone. “One is in the direction of the shared vehicle. The technology would be such that you can call up the vehicle and tell it where to go and then have it take you there.”

Uber and the IoT-Connected Car

Google Ventures had once invested $258 million in Uber back in August 2013. Now Uber becomes one of Google’s competitors in the “self-driving taxi” space, recently announcing its own initiative to research autonomous vehicle technology with Carnegie Mellon University (CMU).

Uber and CMU have teamed up to create the Uber Advanced Technologies Center in Pittsburgh. Some of its projects include research and design of autonomous vehicles, as well as vehicle safety technologies.

“The partnership will provide a forum for Uber technology leaders to work closely with CMU faculty, staff, and students-—-both on campus and at the National Robotics Engineering Center (NREC)—to do research and development, primarily in the areas of mapping and vehicle safety and autonomy technology,” Uber explained in a blog post.

Hortonworks and the IoT-Connected Car

Google and Uber have competition from Hortonworks, a contributor to and provider of enterprise Apache Hadoop via the Hortonworks Data Platform. Hortonworks and Stamford, CT-based Harman, a global infotainment, audio and software services company, last week teamed up to deliver connected-car prognostics solutions to auto makers.

On June 3, 2015, they announced a joint collaboration to transform the automotive enterprise “by enabling the connected car ecosystem with real-time, IoT data, insights and prognostics solutions.”

The automotive sector is “rapidly transforming with real-time information and insight from connected cars,” said Herb Cunitz, President of Hortonworks, in a statement. “Through our collaboration with Harman and its Symphony Teleca team, Hortonworks is positioned to drive this transformation by leveraging our expertise in delivering world-class, modern data analytics with the Apache Hadoop framework.”

IBM and the IoT-Connected Car

And let’s not forget IBM, who is on the forefront of this connected-car technology as well. IBM’s software lets developers build connected-car IoT apps by using geospatial analytics. Most IoT apps consist of three pieces: a connected thing, an application to view and manage the thing, and analytics to detect events triggered by the thing, according to Bryan Boyd, Software Engineer at IBM, in a recent IBM developerWorks blog post.

“The Internet of Things service on Bluemix—IoT Foundation—makes it trivially easy to connect a thing to applications and analytics services,” writes Boyd. He then explains how to build an IoT starter kit for connected cars.

IBM’s platform-as-a-service Bluemix, according to David Barnes, Program Director of IBM Emerging Internet Technologies, is the centerpiece of their cloud strategy. “Bluemix is a place for developers to go to deploy applications,” Barnes said during his demonstration of Bluemix at an April 7, 2015 NYTECH meetup. (Check out Barnes’ Bluemix demonstration here or in the video at the end of this article.)

Before rolling out IoT-connected, driverless cars to the public, there needs to be a safe place in which to test them. Uber and the CMU is not the only ones to be designing such a facility. Enter Mcity, a 32-acre “mini-city” designed expressly for testing IoT-connected and automated vehicle systems located on the University of Michigan’s North Campus.

“Government representatives and several companies—including Ford, General Motors, Honda, Toyota and Xerox, where I work—have joined with the University of Michigan and the Michigan Department of Transportation to build Mcity,” Raburn wrote in the WSJ.

A key goal of the initiative, which involved researchers from a wide range of disciplines across campus, is to implement a connected and automated mobility system on the streets of southeastern Michigan by 2021.

“Connected and automated vehicle technology will usher in a revolution in the mobility of people and goods comparable to that sparked by the introduction of the automobile a century ago,” said Peter Sweatman, Director of University of Michigan’s Mobility Transformation Center. “Mcity will allow us to rigorously test new approaches in a safe, controlled and realistic environment before we implement them on actual streets.”

Mcity’s roadway construction was completed in December 2014. According to a statement, the facility has been operational since spring 2015 and a formal opening is planned for July 2015.