Home / Business Strategies / The Ethics of Pre-Acting: Is It Right to Act Before Something Happens? 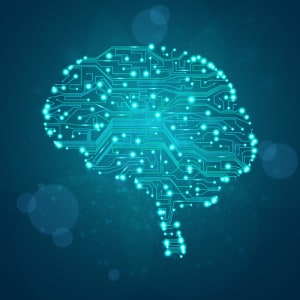 On what grounds and under what circumstances are we justified to pre-act? RTInsights contributor George Paliouras discusses the ethics of pre-acting as it relates to real-time decision making.

To those who have watched Steven Spielberg’s movie “Minority Report,” the dilemma is clear: Should we or should we not act to prevent perceived, estimated or predicted evil? This thought signaled an alert in my head during a discussion that I recently had with RTInsights International Technology Editor Dr. Opher Etzion on proactive, event-driven decision making. On what grounds and under what circumstances are we justified to pre-act?

As a person who enjoys developing technology, I found the use of the precog trio in “Minority Report” as a means of predicting crime a bit unreal. But, then again, unreal can also be reassuring. I guess you need this element in science fiction. But how well can we really predict what is going to happen and how prepared are we to act upon these predictions? The answer is as easy as expected: It depends.

Our everyday life frequently depends on predictions and how much our acting depends upon these. When setting off to work in the morning, we expect to find the car in the garage and that prediction is almost always accurate. Farmers depend on weather forecasts, which are sufficiently accurate to be useful. But people also act on less accurate forecasts such as the price of stock.

It becomes evident that we are quite eager to act upon predicted events and situations, even when there is quite a bit of uncertainty associated to them. But what makes pre-acting socially and morally acceptable? How do we know when we are about to cross the line? How important is the accuracy of the prediction in making this decision? Is the expected utility—personal and social—an important factor in deciding to pre-act? What is the role of automated actuation? Is it sufficient to place the responsibility of the decision to a human judge? In what ways does pre-acting differ from reacting? These are some of the questions that I find intriguing in relation to proactivity.

Perform a Cost-Benefit Analysis When Pre-Acting

Risking to be labeled a “utilitarian,” I would claim that the best—though not the easiest—way to decide whether or not to pre-act is by assessing the utility of the action. Perform a cost-benefit analysis, which cannot be purely economic and, in many cases, not even quantitative. To illustrate this point, I will use as examples two cases which with I am most familiar: highway traffic management and credit-card fraud prevention.

In the former case, we have a clear set of measurements of highway traffic (e.g., car speed and inter-car distances) and mature models of how traffic evolves over time. We can use these to make good forecasts and we can even forecast the effect of our actions (e.g., changing the speed limits or the duty cycle of traffic lights). Thus, we have a quantifiable estimate of the utility of drivers currently on the highway or coming onto the highway.

With additional effort, we can include in this estimate other interesting parameters such as the minimization of pollution due to car emissions. Although proactive decisions seem evident for highway traffic management, the credit-card fraud case is much more open and complex. Again, there are several parameters that we can measure. For example, the frequency at which a card is being used or the geographical location where it is used. However, it is much harder to come up with stable predictive models of fraud as they involve complex and changing social interaction patterns.

The best models available today are based on statistical analysis of historical data and need to be frequently updated. More importantly though, it is quite hard to quantify the effect of an action on the utility of those involved. For instance, it is hard to estimate in economic terms the damage caused by the incorrect blocking of a card to someone who is on holiday. Hard as it may be, some kind of estimate is still possible given the monetary nature of the transactions. One can only imagine how much more difficult things become in legal cases, such as the preventive imprisonment of a person attempted in the popular movie (Spielberg’s “Minority Report”).

Would it help in deciding to pre-act if the predictions were certain? I guess that’s another good reason for using precogs and precognition instead of mathematical and computational models for prediction. Trust in the predictions is surely important. The closer we get to certain predictions, the more informed our decision making can be. However, the need for utility assessment remains.

The Decision Making Process When Reacting, Not Pre-Acting

At this point, it is worth sidetracking to think of our decision making process when reacting instead of pre-acting. Take, for instance, the case of disaster management. Even if we know exactly what has happened, the choices for action are usually many and competing. Correctly estimating the effect of each of these actions can save or cost human lives. Things get more complicated by the fact that we rarely know exactly what the situation is shortly after a disaster. Thus, uncertainty also exists in the assessment of events that have happened. People involved in the legal process understand the importance of collecting accurate facts and correctly and objectively interpreting them. Lack of information, misinformation (deliberate or not), subjectivity and perception can introduce an unpredictable level of uncertainty in situation assessment.

Moving back from situation assessment to future predictions, the factors that cause uncertainty increase in numbers and variety. This is the reason why almost all predictive models handle uncertainty in some way and associate certainty estimates (i.e., probabilities) with their predictions. Typical examples of such models are probabilistic graphical models such as Bayesian or Markov networks—often combined with logic in order to incorporate human knowledge about the task as in the case of Markov Logic Networks.

The bottom line is, accurate predictions are important but one also needs to be able to make proactive decisions under uncertainty. The level of uncertainty we can tolerate in deciding to pre-act differs according to the expected benefit or loss. For instance, in most modern societies, a person is considered innocent until proved guilty beyond a reasonable doubt. The requirement for accuracy is high in this case. The same does not hold for models that try to predict the outcome of football games. The cost of incorrect actions there is usually rather small.

Reasons for Automation in Decision Making

Another parameter that comes into play is who makes the final decision on the action to be taken? One can imagine at least some level of automation in certain cases (e.g., in the highway traffic management case). The reasons for automation are many: speed of response to a changing situation or volume of the workload if many decisions for action need to be taken per second. Control theory and optimization methods of various types play a significant role in this process.

But how far are we justified to take automated actuation? Some may say that we can only rely on the auto-pilot when the risk for human lives is minimal. This seems to be indeed the case for airplane piloting but not necessarily so for other life-critical processes such as controlling the reactors of nuclear plants. There are cases where the mathematical models are so robust that the likelihood of human error seems too high to be tolerable.

Thus, as our capability of modeling various hard tasks is increasing, I expect to see more automation in actuation—either in response to events that have happened or to prevent or facilitate events that could happen in the future. Each step in that direction will be a difficult choice and one will need to take into account both the accuracy of the model and the assessed utility of pre-acting. Making these careful steps, however, can significantly improve our lives.

This positive thought about the potential benefit from proactivity got me into “buying” Dr. Opher Etzion’s idea. Upon this idea we built an interesting research project (http://speedd-project.eu/) to help us understand how useful pre-acting can be. Given the current state of scientific knowledge about precognition, we decided to work on our state-of-the-art complex event recognition and forecasting tools rather than consulting precogs.

Find more information on this topic at:

George is a researcher at The National Centre for Scientific Research "Demokritos" in Greece. He is also heads the Intelligent Information Systems Division at the Institute of Informatics and Telecommunications (IIT). He can be reached at [email protected]