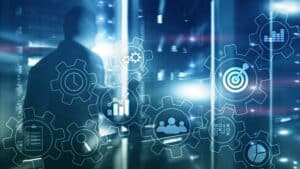 Automation software is among the priority investments for CIOs. According to a survey by Deloitte, 73% of respondents said their organizations have invested in intelligent automation, a significant jump from 58% in 2019. Automation, including robotic process automation (RPA), can help businesses by streamlining workflows, making organizations more profitable, flexible, and responsive. RPA also increases employee satisfaction, engagement, and productivity by removing mundane tasks from their workdays. With this newfound growth of RPA, many organizations are in need of RPA developers to build automations as they scale their automation journeys.

RPA developers work cross-functionally with business operations personnel and business analysts to create and optimize workflow processes. These developers deploy the RPA software robots that can understand what is on a screen, complete the right keystrokes, navigate systems, identify and extract data, and perform a wide range of defined actions. However, these digital virtual assistants can do it faster and more consistently than people, giving employees more time in their day to focus on important tasks. RPA developers are quickly becoming an instrumental part of IT teams and business operations as companies implement RPA technologies.

See also: How to Streamline Your Automation Efforts in 2022

With this recent hiring spree, there is also more RPA talent available now than ever before. UiPath found that three in five developers have transitioned to RPA from other roles, most often from positions in software development. Additionally, three out of four RPA developers believe they will be in RPA automation for at least the next five years. RPA developers are also more likely to report being “very satisfied” with all aspects of their job. Not only are RPA developers satisfied, but they are also proud of the work they’re doing: 90% think RPA will have a positive impact on society, up from 87% last year. Because RPA promotes a unique way of thinking through common business problems, developers of this technology tend to feel extremely optimistic about the impact of their chosen career.

Robotic process automation is evolving with the help of students

Like all industries, the current state of robotic process automation is evolving and will continue to grow as the next generation enters the workforce. Surveying talent among university students, UiPath discovered that almost half of student respondents are female, compared to just 25% of current RPA developers. RPA has the potential to become a more diverse field that is accessible to and encourages participation by women and less-represented communities. Of all the university students surveyed, 72% are considering a job in RPA development after they graduate. Among those, more than half (56%) are considering jobs as RPA developers. Other roles garnering student interest include software test engineer/QA (32%), RPA project manager (31%), and business analyst (28%).

Current students are expressing an interest in RPA because they believe:

Students are also extremely interested in firsthand experience. Seventy-seven percent are interested in an internship to sharpen their skills, and an additional 17% have completed or are working in an internship position. Those hiring for RPA positions should consider how internships can be used to train and recruit the next generation of RPA developers.

Where are things going from here?

While RPA developers are optimistic, they also understand that robotic process automation is an evolving space. Companies can expect to see RPA’s importance and power grow when combined with AI, ML, and low- or no-code tools. The automation space has already changed rapidly in the last five years and will continue to evolve as more companies leverage RPA. The investment in RPA is growing exponentially, and the business sectors are becoming more diverse, expanding to industries such as energy, transportation, insurance, education, and the public sector. Democratizing RPA is equally as important as is its implementation, implying the simplification of other processes with low- or no-code tools and focusing on citizen developers.

Palak Kadakia is VP of Product Management at UiPath with a passion for building innovative products and teams. Focused on building designing intuitive customer experiences, Palak leads the engagement platform for RPA which includes a low-code app development platform, human in the loop, conversational AI and data services. Prior to UiPath, Palak was a product management leader at Microsoft.