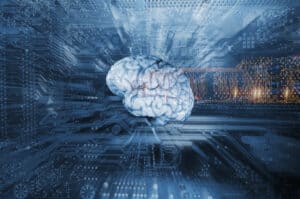 The latest artificial intelligence code research these days is quickly translated by big tech and startups into commercial developer tools.

When it comes to artificial intelligence, the past year has been one of constructive progress, versus glitz and glam. Developments in protein modeling, recycling, and drug discoveries.

That’s the word from two leading venture capitalists, Nathan Benaich of Air Street Capital and Ian Hogarth of Plural, who released their annual summary of the state of AI, observing that while investment in AI ventures declined in 2022, there has been impressive work with emerging intelligent applications.

For example, DeepMind, Alphabet’s AI subsidiary, is now delivering greatly enhanced protein models for emerging scientific and agricultural research. “The company has now deployed the system to predict the 3D structure of 200 million known proteins from plants, bacteria, animals and other organisms,” Benaich and Hogarth report. “The extent of the downstream breakthroughs enabled by this technology ranging from drug discovery to basic science will need a few years to materialize.” The first release of DeepMind’s AlphaFold DB in July 20221 included one million predicted protein structures.

DeepMind’s approach not only helps speed up research in the field, but also boosts matrix
multiplication based technology, that is AI, imaging, and essentially everything happening on our phones,” they add.

There have been also advances in plastic recycling, the VCs report. A machine-learning engineered enzyme, developed at the University of Texas at Austin, “is capable of degrading PET, a type of plastic responsible for 12% of global solid waste. The PET hydrolase, called FAST PETase, is more robust to different temperatures and pH levels than existing ones. FAST PETase was able to almost completely degrade 51 different products in one week. They also showed that they could resynthesize PET from monomers recovered from FAST PETase degradation, potentially opening the way for industrial-scale closed-loop PET recycling.”

In addition, Benaich and Hogarth report the following developers:

The leading hardware platform behind AI systems, NVIDIA, also saw significant growth in size and power of its processors. NVIDIA’s FY 2021 datacenter revenue came in at $10.6 billion, and In Q4 2021, they recognized $3.26 billion, “which on an annualized basis is greater than the combined valuation of top three AI semiconductor startups,” Benaich and Hogarth state. “NVIDIA has over three million developers on their platform and the company’s latest H100 chip generation is expected to deliver 9x training performance versus the A100.”