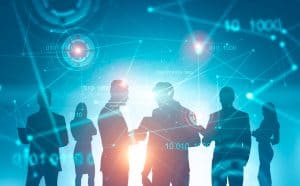 As the use of AI and machine learning grows, there are opportunities to better serve viewers with relevant content when and how it is requested.

The year was 1995, and Tim Berners-Lee’s World Wide Web was still a relatively new graphical communication format, consisting mainly of static HTML-based pages. At the time, I had the opportunity to sit in on what was one of the world’s first two-way internet-based video feeds between two IBM locations in New York and San Diego. The images were herky-jerky, the audio was tinny and echoing, but something big and significant was being brought into the world — the ability to deliver multimedia communications from any point to any point by anyone.

Few at that time could imagine how the internet would be eventually become the base for real-time video streaming services such as Netflix or YouTube, but innovators at IBM had an idea of where things could take us.

See also: Too Much Real-Time Video? Visual Analytics Can Help

Fast forward 24 years, and there’s no question that streaming video services — with quality that matches or surpasses traditional broadcast media — have now become a dominant force in the consumer internet space. Netflix has been the leading force (and consumer of internet bandwidth), but Disney Plus, WarnerMedia and NBCUniversal are also entering the space — and a media land-grab is on.

Not only are seeing an enhanced ability to deliver real-time video services, but, even more significantly, this is a two-way interaction that is providing valuable data on viewer reactions and preferences. As we advance into the realms of AI and machine learning, there are opportunities to better serve viewers with relevant content when and how it is requested.

While there’s plenty of excitement going on in the consumer video streaming space, the enterprise video streaming space has also been heating up. There’s demand for business-oriented real-time video communications, as well as a range of other functions from security to production-floor quality assurance.

This rising demand is borne out in a study of 2,000 enterprises, compiled by Steve Vonder Haar of Wainhouse Research, which finds 85% of executives feel that their organization should do more to capitalize on video technology for internal use. “Today, video is primarily deployed as a solution to foster more engaging communications behind the corporate firewall,” Vonder Haar states. “Video technology is evolving rapidly, however, enabling users to capture, manage, and share business intelligence – both internally and externally. As video’s role expands within the enterprise it delivers a new competitive advantage, adding weight to related streaming and video platform decisions.”

Leverage emerging technologies such as machine learning to get the most out of video data: Almost one-third (32%) of enterprises are actively seeking the ability to leverage archived video as data to be fed into machine intelligence solutions. “Machine intelligence solutions are playing a particularly important role in revolutionizing how video creates value in the enterprise,” the report states. “Automated systems have become quite proficient at converting the audio track from a video file into digital text files that are linked directly with their corresponding video passages. These speech-to- text capabilities open the door to a new world of video innovation. The transcripts can be used in conjunction with automated translation programs to create on-screen captions in multiple languages.”

Deployment options may be both in the cloud and on-premises: The Wainhouse survey suggests that there are multiple options for implementing enterprise streaming platforms, and predicts that most enterprises will not develop their own video content management solutions from scratch. “Rather, they will look to integrate video content that is managed by streaming platforms already in place. That means that providers of video streaming platform solutions will be in position to serve as the engine for integrating video into a wide range of enterprise productivity applications.” Still, the survey finds that executives are concerned about bandwidth and capacity issues — 58% described the issue of “distribute video without harming the corporate network” as a very important consideration when evaluating solutions used in administering enterprise video.

“Distributing video behind the corporate firewall is not as easy as it may look,” the report cautions. “Video feeds can be data intensive, and—without the right networking gear — the large volumes of video data can clog up systems that are not properly designed to handle the load. Organizations using streaming must find alternatives when moving video behind
the corporate firewall. Sometimes that means distributing video on multicast networks. Other times that means deploying cache devices or cloud-based peer-to-peer options to handle the distribution of video. “

Video is vital corporate data that must be secured: “Video has become more than just a platform for boosting the effectiveness of corporate communications,” the report states. “It is data. And software solutions powered by machine learning are helping to unlock knowledge that previously had been trapped in unwieldy video files. Machine intelligence also allows for the manipulation of video data in ways that would have been impossible even a handful of years ago.”