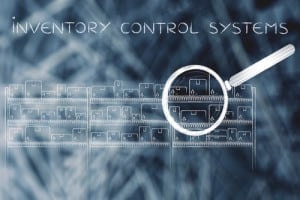 WalMart’s Data Cafe has 200 streams of internal and external data, including 40 petabytes of recent transactional data. One use? Faster sales and inventory decisions.

Walmart has evolved to be more than a big-box retailer. For several years, it has had a presence in Silicon Valley, where its @WalmartLabs unit has been stirring the pot of software and data innovation, mainly intended to boost its e-commerce site. Lately, the retailing and software giant has been leveraging means to enable real-time analysis of the 2.5 petabytes of data it now processes every hour, enabling rapid response to market changes or issues at stores.

Now, as reported in Forbes by Bernard Marr, the retailing giant also has the world’s largest private cloud – and is employing it to support real-time data feeds to its decision-makers. Much of the work around this is going on at the company’s “Data Café,” based at Walmart’s Bentonville, Arkansas headquarters.

Walmart’s Data Café, which enables cloud inventory management with streaming analytics, was explored in a case study from SAP’s Rukhshaan Omar. Walmart’s “original data infrastructure “only enabled managers to get weekly reports or reports for some KPI the next day, but they couldn’t manage their business based on market conditions in real time.” Plus, the reports were standardized, with very little room for customization.

The Data Café – built on SAP’s HANA in-memory engine — was created to provide an enterprise view of “timely information for a large cross-section of operational staff looking to resolve daily issues, not just a handful of strategic decision makers.”

Data delivered through the new system is near real-time—updating at least every hour instead of daily updates. Plus, the system was designed to “be very responsive—queries and reports needed to be available in a timeframe that allows managers to gain immediate insight, even if the system is under heavy load,” Omar states.

These insights are culled from “200 streams of internal and external data, including 40 petabytes of recent transactional data” and “can be modeled, manipulated and visualized,” Marr says. “Teams from any part of the business are invited to bring their problems to the analytics experts and then see a solution appear before their eyes on the nerve center’s touch screen smart boards.”

This tool has cut down the amount of time it takes to solve complex business questions, which are reliant on multiple external and internal variables, from weeks to minutes.” Naveen Peddamail, senior statistical analyst for Walmart, is quoted as stating: “If you can’t get insights until you’ve analyzed your sales for a week or a month, then you’ve lost sales within that time. If you can cut down that time from two or three weeks to 20 or 30 minutes, then that saves a lot of money for Walmart and stopped us losing sales.”

For example, Marr relates, “during Halloween, sales analysts were able to see in real-time that although a particular novelty cookie was very popular in most stores, there were two stores where it wasn’t selling at all. The alert allowed the situation to be quickly investigated, and it was found that a simple stocking oversight had led to the cookies not being put on the shelves. The company was able to then rectify the situation immediately, avoiding further lost sales.”

Black Friday is another critical time the Data Café has delivered. Its near real-time insights enables the retailer “to analyze the performance of its East Coast stores on Black Friday and make pricing adjustments for stores on the West Coast before they open. In practice, business users are now developing hypotheses or assumptions on what is driving an aspect of the business, in real time, testing their ideas on what is happening in the stores at that moment. Based on these facts, they are able to put into action corrective measures that might not have been uncovered until the end of the week or even month-end.”

The system also provides automated alerts, “so when particular metrics fall below a set threshold in any department, they can be invited to bring their problems to the Data Café and hopefully find a quick solution,” Marr adds. “Anything within these vast and varied datasets could hold the key to the solution to a particular problem, and Walmart’s algorithms are designed to blaze through them in microseconds to come up with real-time solutions.”

The importance of the near real-time insight “cannot be overstated,” says Omar. “The company and its employees can respond in real time to challenges as they arise, instead of trying to guess ahead of time what those challenges could be. The business can look at point-of-sale data in near real time (up to last hour of sales) and see patterns and trends across different characteristics that have never been technically feasible before.”