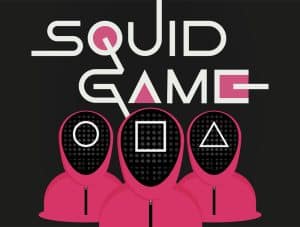 It’s no longer a mystery that multicloud is the future. Being smart about the multicloud Squid Game, IT teams can ‘survive’ the transition.

By now, it seems that everyone on the internet has been enthralled by Netflix’s megahit Squid Game. Netflix’s biggest show ever is a survival drama set, where hundreds of financially strapped contestants sign away their lives to play children’s games – that happen to be deadly – for a chance at winning a $38 million grand prize.

Planning and managing a global cloud infrastructure can seem a lot like the Squid Game, although granted, the consequences are less severe. High costs or lagging performance are not deadly after all, but handing an entire enterprise’s infrastructure to a single cloud provider can feel a lot like signing your digital business away. That’s why the rise of multicloud environments is accelerating across multiple industries giving organizations a wide range of powerful capabilities. Ninety-five percent of businesses are making multicloud a strategic priority in 2022. Yet, as organizations make the transition to multicloud environments, Squid Game offers some lessons for “surviving” the transition.

See also: Why Observability is Needed in Cloud Migrations

In Squid Game’s Dalgona candy game, players must use a needle to carve a shape out of solidified sugar candy without breaking it. The main character did not obsess over a single part of the challenge. He had a flexible mindset, which allowed him to realize the candy was capable of being carved out with saliva. This flexibility allowed him to understand the capabilities needed to save his life. For IT teams, flexibility is key to their cloud migration strategies.

When shifting to a multicloud environment, IT teams must have an agile, flexible multicloud mindset. That mindset is centered around problem-solving, first understanding the capabilities needed vs. starting with a specific cloud service provider’s services. Instead, start with identifying the problem you’re trying to solve and the performance requirements of the applications you want to migrate to the cloud to optimize your cloud strategy.

2. Know the circumstances to survive

Players in the Squid Game were not properly educated on the costs associated with competing in the games. In the end, only one survived. Even though IT teams’ lives aren’t at stake, not fully understanding cloud costs will result in long-term infrastructure/networking challenges.

Getting a handle on cloud costs has been an ongoing issue for enterprises for some time. That challenge is exacerbated as you add complexity and multiple cloud environments.

Deciphering and managing the costs for cloud services can be a daunting task; however, IT teams must be properly educated on how to best manage and optimize their cloud spend in this new world of hybrid work with the right multicloud strategy. This requires a holistic view, using the right cloud for the right job, and factoring in additional costs such as cloud connectivity and egress fees.

3. Understand your flaws while playing to your strengths

The third game consisted of two teams of ten playing tug of war across two raised platforms. The losing team would fall from a high altitude to their deaths. One team was stuck with a frail old man. Instead of worrying about his flaws, the team assigned positions based on strengths and learned how to use the old man’s strengths effectively. The frail man was the reason the team succeeded due to his experience.

For IT teams, the ability to embrace change and learn from flaws is necessary for success in the new era of multicloud deployments. For example, many organizations take their first steps into the cloud using simple public internet connectivity. However, because it’s open to the public and performance is only best-effort, it often leaves companies lacking reliability, security, and control – things very few businesses can afford to sacrifice. During the sudden shift to remote work, the public internet made it possible to quickly get employees online and working remotely. However, as the shift to hybrid models becomes the norm, organizations need to optimize cloud connectivity and multicloud infrastructures. That means using the internet where necessary and then quickly getting traffic onto a secure, reliable network as quickly as possible. Ultimately, no matter where or how an organization deploys services, they need them to be able to integrate and function alongside one another in a consistent and connected IT environment.

Take control of your own destiny

It’s no longer a mystery that multicloud is the future. Being smart about the multicloud Squid Game, IT teams can ‘survive’ the transition.

Misha Cetrone is the Vice President of Strategic Partnerships at Megaport, one of the world’s leading Network as a Service providers. He has a strong networking experience background and previously worked as a network engineer and member of technical staff for XO Communications and Charter Communications. Misha holds an associate degree in Business Administration from Greenville Technical College.