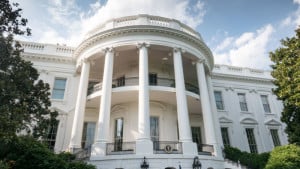 The White House made 5G wireless deployment a national security priority, as one of its main tech infrastructure goals in the National Security Strategy.

The White House made 5G wireless deployment a national security priority on Tuesday, as one of only two technology infrastructure mentions in the yearly National Security Strategy.

5G wireless has been pondered by the government and private sector for over half a decade, but we have yet to see deployment outside of a few large-scale tests.

Making it a national security issue is the strongest signal to the private sector to invest in 5G and work with the government on deployment.

There are several issues slowing down the deployment of 5G. The first is 5G has not been properly defined – some trials are pushing fora doubling in speed compared to 4G LTE, others are pushing for x20.

Another is the growth of new industries like the Internet of Things (IoT). Tiny computers require a telecommunications standard that reduces latency and lowers battery consumption.

Even though some industry figureheads, like Huawei and Intel, have announced collaborative agreements, there is still no industry standard for 5G deployments.

Most of the big players say 5G will be here by 2020, but conservative estimates don’t see full deployment across the U.S. and U.K. until 2030. Even then, it is likely that most will use 4G LTE to connect to the Internet, similar to how most used 3G networks five years after the first standardization of 4G.

Further down in the report, the Trump Administration calls for federal agencies to utilize startup technology more effectively for deployment of new technologies.

It also mentions prioritizing emerging technologies, like autonomous vehicles, gene editing, and artificial intelligence, to maintain a competitive advantage over other global powers.