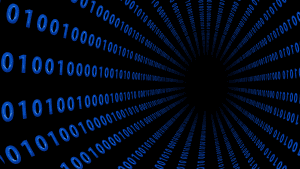 Our “6Q4” series features six questions for the leaders, innovators, and operators in the real-time analytics arena who are leveraging big data to transform the world as we know it.

As data management and analytics continue to evolve, so too have the communities that support data professionals.

One of the largest and most established communities is Data Council, which was founded as a series of meetups in 2013 and today has branches in several cities in the U.S. and around the world. It also organizes an annual conference and, in November 2021, announced the establishment of an investment fund.

RTInsights recently spoke with Data Council founder Pete Soderling about its upcoming conference Data Council Austin, the evolution of data engineering and the different layers of the data stack, and more.

Q1: The upcoming Data Council Austin event will be one of the first in-person events many people have attended in years. It looks like you have a great line-up. What can attendees expect?

Thank you! We’ll have more than 60 speakers, peer-led workshops, and our special brand of ‘Office Hours,’ where attendees can have in-depth conversations with speakers after each talk. This year we’ve divided the conference content into tracks like ‘Data Engineering and Beyond,’ ‘ML Infrastructure,’ and ‘AI Products’ – we’ll cover a variety of topics that will hit home with technical data professionals working at any layer of the stack.

Q2: Can you tell us a little bit about the origin of the event?

We originally started the event as a series of meetups in 2013 called the ‘Data Engineering Meetups.’ This was before most companies were thinking about ‘data engineering’ as a discipline. Before we knew it, we had thriving meetup groups running in both New York City (NYC) and San Francisco, and the conference grew out of this community.

We launched Data Council in 2015, and also expanded its focus out to all the other layers of the data stack, which is why we have data science, machine learning, and AI content now, too.

Q3: When you started your data community funding effort, why did you seek to help engineers who wanted to start businesses?

The main reason is that I’m a 4-time engineer-founder myself. So I deeply identify with the challenges that are common to engineers starting companies.

Probably most significantly, I’ve learned a lot about the things that often don’t come as naturally to engineers as engineering and product development do, like raising funding, getting early customers, hiring your team, setting your company culture, thinking about your early marketing strategy and a myriad of other things that many founders need to learn on the fly.

So the help and support I’m able to give them in going from 0 to 1 has always been very rewarding for me. And via the conference, I found myself right in the middle of a lot of engineers that wanted to start data companies, so it was the most natural thing in the world to start to help and advise them.

Q4: Who are some of the experts you recruited as partners?

We have different groups of folks in our network that are helpful to engineer-founders; some know how to turn open-source projects into commercial companies, some are experienced investors that invest in future rounds and help founders from board seats, and many are technical people themselves across all manners of data disciplines.

So all these different types of groups can be helpful to founders who are launching companies from our community.

Q5: What are some of the success stories from the Data Council community?

The early pattern was that an engineer would be working on an OSS project for a large tech company, say LinkedIn or Uber, and would come and give a talk at Data Council about that project. Later on, they’d leave their big-tech job and decide to start a company around that project.

Of course, we’d be excited to support them, and they were appreciative that we were the original platform where they shared their OSS with the data community more broadly. Some examples of companies like this are Startree, Onehouse, Elementl, and Acryl Data.

We also support companies that might not be based directly on an OSS go-to-market model like Decodable, Hex, Hightouch, and Era Software. And the best part is, there are new projects being launched at Data Council all the time! And some percentage of them will turn into companies in the future.

Q6: How did you get into all of this in the first place? What’s your background?

I’m actually a software engineer from the late ‘90s. I went to NYU and started my career in NYC. But by the time 2003 had rolled around, I wanted a different challenge, so I started my first company. Little did I know that that was only the beginning of my entrepreneurial journey.

I ended up starting two companies in NYC prior to 2010 and two more companies in San Francisco after 2010. The interesting thing is that all the companies I started had software engineers as their end users or customers. And one of those companies became Data Council.

I guess I’ve just always been passionate about making the world a better place for software engineers.