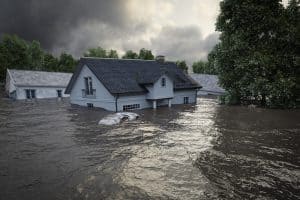 Early warnings for flood detection require satellite communication, but there’s a bottleneck in receiving. Data transmission to terrestrial receivers is limited, which is something researchers hope to remedy in a new artificial intelligence project. A new nano-satellite outfitted with an artificial intelligence model will provide flood monitoring that hopefully reduces response times through neural networks and on-device processing.

Researchers at the Image Processing Laboratory (IPL) of the University of Valencia, in collaboration with the University of Oxford and the Phi-Lab of the European Space Agency (ESA), developed WorldFloods, a model for flood detection using a neural network. The model will accelerate response times by processing relevant information on the device, reducing the amount of data needing transmission.

This process ushers in near real-time terrain scanning and reduces the computational load required of current detection systems. It creates more compatible transfers between the large images’ sensors produce and the smaller devices required for monitoring. The rapid exchange of information could usher in a new era of environmental monitoring.

CubeSats are part of the new arrangement. They help reduce something called revisitation time, or the time it takes for a satellite to recover an area previously noted. Along with five other CubeSats, the WorldFloods CubeSat launched in June from Cape Canaveral and carried a first-of-its-kind in-orbit processing service with radiation-resistant chips. Researchers implanted the chips with the new flood detection model and will use this to monitor conditions more closely and gain more lead time to respond to changes.

The WorldFlood model was developed at the ESD-funded FDL-Europe research center. FDL applies artificial intelligence to the pursue of challenges in space, including disaster response, climate change monitoring, and space weather or threats. It offers computing resources designed for rapid iterations.