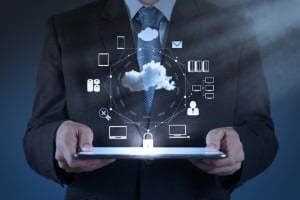 The intro of AI into commercial, enterprise, and everything in-between may lead to unprecedented market capitalization for the most valuable companies.

The introduction of artificial intelligence (AI) into commercial, enterprise, and everything in-between could lead to unprecedented market capitalization for some of the most valuable companies in the world.

Amazon, Google, and Microsoft are already three of the five most valuable companies in the world, with outsiders like Tencent, Alibaba, IBM, and Oracle also working quickly to integrate AI into all consumer and enterprise offerings.

See also: Microsoft To Invest $5 Billion In Internet of Things

Why will this cause even more of a rift between the small and large? Because AI requires a substantial amount of data, billions of dollars of investment, and a hefty amount of talent. It’s no surprise that the early leaders in AI are Google, Amazon, and Microsoft, which collect more mixed customer data than any other companies in the world.

Facebook and Apple are heavily consumer focused on comparison, so we expect AI efforts from those two companies to be focused on social applications, like Siri or M, rather than AI services that can be plugged into any sector in a corporate business.

Google is, according to several AI experts and developers, ahead of Amazon and Microsoft in raw talent and capabilities. AI is embedded into almost every orifice of the Alphabet conglomerate, from TensorFlow, to Google Cloud, to Google Now.

The company has published a large number of papers on AI, alongside open sourcing TensorFlow in 2015. It has significant investments on both sides of AI, consumer and enterprise, with Google CEO Sundar Pichai announcing AI for seemingly everything at I/O in 2017.

Microsoft is not as loud as it was when Windows and Office were the most valuable software products in the world, but CEO Satya Nadella’s focus on cloud computing and AI has made it one of the contenders for the top spot.

Azure holds 10 percent of the cloud computing market-share, clawing away at Amazon’s lead every quarter. It has also become, to many enterprise-level customers, the go-to cloud provider for AI-enabled products. C3 IoT recently announced a partnership with Microsoft Azure, focused on AI and the Internet of Things.

Amazon is the leader in cloud computing, with AWS holding a 40 percent share of the market. Compared to Google, it is a lot quieter on its AI capabilities and its intentions.

Some thought it was far behind the other two, but it has been steadily releasing AI frameworks, APIs, and programs over the past two years, moving it to a leader spot in many eyes.

AI is a massive emerging industry that may well push companies over the $1 trillion mark, and if early signs are correct, the spoils of this new technology will go to the companies that are already heavily involved in the collection of data.