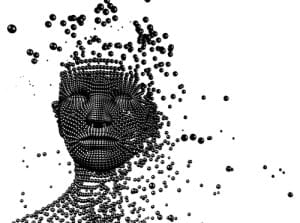 AI has made great strides in its abilities to make real-time decisions, but there’s a lot that technology’s star student still needs to learn.

Artificial intelligence is incredible technology, but its still in its infancy. For starters, it needs more training – a lot more training – before it can start getting things right with most real-time decisions in business situations.

“AI can’t even compete with a five-year-old child” right now, says Apoorv Saxena, lead product manager at Google. Saxena, who was recently interviewed by [email protected], observed that “humans do not need to look at 40,000 images of cats to identify a cat. A human child can look at two cats and figure out what a cat and a dog is — and to distinguish between them.”

Saxena stated that while AI has achieved impressive levels of sophistication in many domains “that require reasoning, context understanding, and goal seeking,” we’re only at the beginning of the cusp. There’s a lot of work that still needs to be done. AI systems, Saxena says “have still not figured out to do unsupervised learning well, or learned how to train on a very limited amount of data or train without a lot of human intervention. That is going to be the main thing that continues to remain difficult. None of the recent research has shown a lot of progress here.”

Still, informed observers are bullish about AI, and what it ultimately can deliver to businesses. In a separate report in [email protected], Andrew Ng, co-founder of Coursera and an adjunct Stanford professor who founded the Google Brain Deep Learning Project, describes AI as “the new electricity.” That’s because its potential parallels that of electricity 100 years ago, as it transformed every major industry.

It’s important to note that if you were a gaslight factory manager in the early 1900s, you would be very interested in how electricity can speed up the production of your products. But it would be almost impossible to visualize how vast shifts would completely upend the business you were in, along with the rest of the world.

See also: AI gets even better with defensive AI

Similarly, AI is likely to begin fueling transformations in unimaginable ways. For executives and professionals seeking better capabilities for real-time decisions, this is only the beginning. AI is advancing beyond the point in which it learned from inputs in a serial fashion, to the point in which it can learn from inputs such as speech recognition, sentence structure, and images, Ng points out.

For example, Saxena sees potential with the combination of robotics and AI. “Robotics has been disappointing for a long time in terms of wide-scale adoption,” he points out. [Soon] you will see some noteworthy applications coming up in that space. More human-like robots will be one big area, with advances in natural language understanding and visual understanding, and of course robotics.”

Self-driving cars – which are essentially AI-powered robots on wheels – also is an area that will see dramatic transformation. In terms of real-time cognitive computing, this is where the rubber truly meets the road – pun intended. There is a great deal of innovation taking place in this space. For example, it is reported that AEye, a startup, just “developed a high-end driverless car sensor containing a solid-state LiDAR, a low-light camera, and chips to run embedded AI algorithms that can reprogram on the fly how the hardware is being used, depending on road conditions.”

AEye is just one example of the boom in innovation that is occurring in real-time cognitive computing. Less sexy that robot cars, but just as transformative, is the employment of AI within production settings. For example, in a case study cited by the co-authors of a study conducted by MIT Sloan Management Review and Boston Consulting Group, Airbus employs AI in a big way to keep production moving. The aircraft manufacturer was able to solve production problems more quickly and efficiently with real-time AI “than prior approaches such as root-cause analysis based on manual analysis of hundreds or thousands of cases.”

The company’s production teams “combined data from past production programs, continuing input from the A350 program, fuzzy matching, and a self-learning algorithm to identify patterns in production problems. In some areas, the system matches about 70% of the production disruptions to solutions used previously — in near real time. What the system does is essentially look at a problem description, taking in all of the contextual information, and then it matches that with the description of the issue itself and gives the person on the floor an immediate recommendation.

The problem might be new to them, but in fact, ‘we’ve seen something very similar in the production line the weekend before, or on a different shift, or on a different section of the line.’” This has cut the number of disruptions on Airbus’ product lines by more than a third, the study adds.