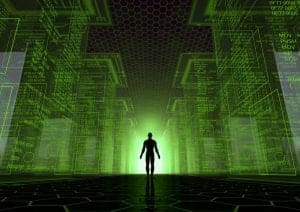 The government must use digital transformation to build services and systems that serve the people and provide insights to create more efficient processes.

It became increasingly clear during the pandemic that the government struggled just as much as companies did with the disruption. It wasn’t easy to allocate relief funds quickly to those who needed it most without financial data, for example. And these shortcomings undermined any efforts to bring the economy back in a viable fashion despite the effects of the disease.

The government already possesses massive amounts of data housed in legacy systems, but data at rest cannot provide the insight required to transform systems. One significant responsibility for funding should be transforming these legacy systems into value-creating pipelines.

Value creation includes developing new data-driven systems and services. It also provides a better method for decision-making even when speed matters; real-time data provides governments with the power to pivot in times of crisis and prioritize what has the most significant impact.

The government has no competition driving it to evolve with the times, but this is both a blessing and a curse. It can be the reason government doesn’t take the necessary action to move towards transformation, leaving it open to attack. But it can also be the very thing that spurs regulation to protect citizens.

While private business is innovative and often drives the evolution of systems, it can also lose sight of what matters in pursuit of building for its own sake. The government has the opportunity to lead the way in security best practices and regulations and create guidelines to help companies do the same.

Real-time data allows the government to take a more agile approach to offering services that people need. Rapid research in times of crisis can provide relief where people need it most. Rapid testing prevents the frustration people experience on the cusp of a new service.

Governments can partner with civilian organizations to analyze data but must foster a data-driven culture within government organizations as well. Moving towards real-time analytics requires trust for open data, so a data literate culture is the first requirement.

Government departments are making their way towards data literacy, but fully embracing a data-driven culture ensures leadership. Once departments have buy-in, they can work together to integrate all systems into a streamlined whole.

Thanks to new types of structures — including composable architectures and data fabrics — the government can create a system using best practices to overcome obsolete legacy systems. Focusing on both high-impact outcomes and incremental steps offers positive feedback for those still on the fence.

Whether governments use data for good or not, 83% of people don’t trust the government to do what’s right, according to a Pew Research study. In comparison, based on a Privacy Tiger study, more people trust Facebook with data than they do governments, and considering Facebook’s track record, that’s saying a lot.

Mistrust is a significant barrier to the implementation of real data solutions. The government will need to follow its own regulations and make use of data released with a purpose. Governments must assure the people of competence in dealing with a crisis. In areas where few people trust government intentions, it’s more challenging to fight misinformation or coordinate relief efforts.

It’s a nasty cycle. Creating flexible systems that allow governments to pivot quickly requires trust, but it also requires that people use those systems to see results. Until citizens take the step to trust that their data will be private, safeguarded, and used wisely for their benefit, governments cannot count on the full cooperation of the people.

There are several key pieces towards building greater trust between citizens and governments with the use of data.

Above all, citizens want to see a government that is transparent with how data is collected and where it goes. People are hugely wary of giving data to private corporations after events like Cambridge Analytica’s scandal, and with governments, they’re even less impressed.

The government can’t be a follower in the realm of data digital transformation. In the wave of the recent pandemic, the government can use this experience to build services and systems that serve the people and provide insights that create more efficient processes.

It’s encouraging that governments have taken steps to improve areas such as privacy and security. These initiatives will allow them to create greater trust among citizens. The government’s adoption of real-time data could lead to greater efficiency and more robust services. But without citizens’ trust, those initiatives could fall flat.