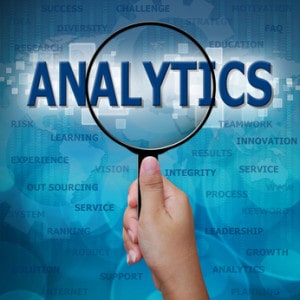 Predictions about how the Internet of Things would affect manufacturing in 2015 were everywhere in January but how many are panning out Here, RT Insights Editorial Director Suzanne Kattau summarizes a recent webcast about how manufacturers worldwide are leaping ahead to deliver on the promise of IoT.

Last week, executives from Software AG spoke on a webcast entitled, “Always-On Analytics for Always-On Manufacturing” about how the Internet of Things (IoT) is affecting manufacturing in 2015. Insights into how manufacturers all over the world are resolving supply and demand chain challenges in light of the IoT were shared by Sean Riley, Software AG’s Director of Manufacturing Solutions and John Crupi, Software AG’s CTO of Visual Analytics.

Riley and Crupi touched on three topics during the April 23, 2015 webcast: 1) supply chain resiliency that offers rare certainty amid risk, 2) leveraging prediction in manufacturing, supply chain and logistics operations and 3) the core IoT capabilities employed by the best-of-the-best.

Manufacturing is handling continuous data feeds faster than ever

Data feeds are always giving data and they can’t be taken down; you have to fix the plane in the air. There just isn’t enough time in the day to provide that analysis on that data, according to Riley as the webcast started.

Additionally, he said, orders are taken from around the globe, they are received constantly. In addition to those orders, more and more types of data are coming in than ever before, such as positions of shipments of your products and components around the globe.

“There are sensor readings from connected sensors—these are any sensors that are located in your production or your distribution operations inside your suppliers,” he said. “And now, most importantly, they are located inside your customers’ owned or leased equipment. All of this data is available to you to tap into and continuously analyze.”

According to Riley, this diverse data is moving in at scales and speeds that have been previously unheard of—and that scale and speed is continuing to increase exponentially. “It’s going to require round-the-clock analysis,” he said. “If you can do this, you’ll be able to tap into efficiencies that weren’t previously possible—efficiencies that really can’t be obtained when you’re not performing this continuous analysis.”

Continuous analytics in manufacturing is predictive

Riley acknowledged that we’ve all heard of this type of analysis before, that always-on analytics or continuous analytics isn’t exactly new. “The difference now is that companies are actually succeeding at this,” he pointed out. “We’re past the stage of just talking about it as something that is probably a good idea.” 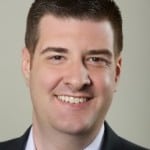 Always-on analytics performs continuous, streaming analysis on multiple data variables to deliver exceptions to you or opportunities for immediate management. “It gives visibility to meaningful events to give enterprises the ability to act predictively,” Riley said, “and no longer react to issues such as a supply chain manager calling a partner, saying ‘When is this product going to arrive because your ASM said it should have been here by now; is it going to arrive in full or am I going to have to take action to mitigate against it?'”

And that’s the key, according to Riley. He said always-on analytics supports “always-on actions” to ensure that those meaningful opportunities (or “perishable insights” as Forrester Research called them last year) aren’t missed and are acted upon so that they can be translated into value to your enterprise, your partners and, most importantly, your customers.”

Today’s trends and their impact on manufacturing

Riley and Crupi then went on to discuss, in depth, today’s current trends and their impact on manufacturers, their supply chains and their extended enterprise.

They reviewed examples of how companies are obtaining new revenue, finding new efficiencies, and making supply chains that are resilient like never seen before moving past supply chain visibility to prediction, understanding and application of the right amount of management as opposed to the right amount of risk that’s being faced.

For more information, and to hear the entire webcast, visit it at “Always-On Analytics for Always-On Manufacturing“.