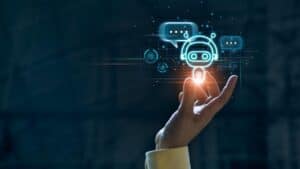 OpenAI has launched its second free-to-access AI system, called ChatGPT, a large language chatbot model which lets users ask all types of questions and receive real-time answers. This can cover everything from explaining a subject in a simplified way, to generating code for a project, to writing a short birthday note for a family member.

The team has built the app with a dialogue format, in which users can ask follow-up questions, such as asking for a change of tone or to make the answer longer. This format also allows ChatGPT to reject inappropriate requests and admit mistakes.

OpenAI confirmed that ChatGPT is utilizing GPT3.5, an upgrade on the GPT3 model which uses deep learning to create “human-like” text. The 3.5 model can handle more complex instructions and has higher quality writing.

From early tests, it is clear to see the value of ChatGPT in many applications. The contextual awareness of the model outperforms Google Assistant and Siri, so this could definitely be the next step in the virtual assistant, provided ChatGPT can be modified for text-to-speech.

Whether OpenAI sees this as the best path for ChatGPT is unknown, as the company is remaining tight lipped on future development and monetization of the product. It does offer its API to developers however, and Microsoft has exclusive license for the underlying model.

As with the launch of DALL-E a few months ago, the launch of ChatGPT has left a lot of people worried as to the repercussions for certain industries. For writers, including journalists, ChatGPT can provide clear if somewhat dull copy for evergreen content, although it cannot write content on current events.

When this happens, there is a concern that content farms, which were all the rage back in the mid-2000s on the internet, might reappear. A website owner could conceivably publish hundreds of pieces a day at a fraction of the cost of hiring a dozen writers.

Outside of our own mortality, early testers of ChatGPT have found it can easily be manipulated into circumventing its own content filters, simply by asking the chatbot to frame it in a different form, such as a poem or pretend scenario. OpenAI does mention in the summary of ChatGPT that it is still very much in development, and improvements are constantly being made to the AI.

“ChatGPT is incredibly limited, but good enough at some things to create a misleading impression of greatness,” said OpenAI founder and CEO, Sam Altman on Twitter. “It’s a mistake to be relying on it for anything important right now. It’s a preview of progress; we have lots of work to do on robustness and truthfulness.”

In the meantime between ChatGPT being a fully-fledged service and a tool for people to ask goofy questions, OpenAI will be utilizing the huge amounts of data collected by the millions of questions asked to it. It gained one million users in under a week, and has been down for most people since.