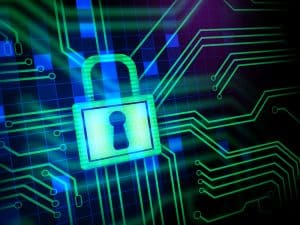 Government officials have called cybersecurity the “issue of the decade,” calling for greater coordination between the government, private sector, and citizens.

Microsoft and Google recently met with the Biden Administration in the wake of high-profile cyberattacks on government contractor SolarWinds and Colonial Pipeline. The two tech giants will join other business and tech leaders in committing billions to beef up government security.

The funding will support a variety of cybersecurity needs, including research and development, skills training for a stronger tech workforce, and outlining new industry standards.

Apple is set to create a program addressing security improvements across the supply chain. At the same time, Google will invest more than $10 billion over the next five years to strengthen cybersecurity and is expected to train 100,000 workers in a critical tech field.

Microsoft will commit more than $20 billion over five years for improved security tools and will expand cybersecurity training partnerships. Microsoft will also be helping the government upgrade old systems, a desperately needed move.

IBM has also pledged to jump into the cybersecurity fray, and AWS has offered free multifactor authentication capability ahead of Biden’s degree that all government operations require it. Private businesses were also called in, with companies like TIAA committing to initiatives in training, among others.

Security: The issue of the decade

Government officials have called cybersecurity the “issue of the decade,” calling for greater coordination between the government, private sector, and citizens. These discussions have highlighted the administration’s commitment to previous efforts to bring government operations into the technological age.

The meetings also emphasize the importance of collaboration across industries towards solving these challenges. Businesses taking part in the meeting noted the necessity of increased cooperation to address cybersecurity threats facing the country, and in turn, learning and developing new initiatives that could protect the private sector as well. It’s a complex problem that requires a complex network of innovators to solve.