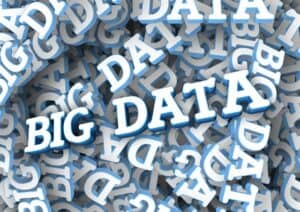 In anticipation of every-growing big data volumes, new International System of Units prefixes were added this month for the first time since 1991.

In many discussions over the last year with analysts and vendors, the phrase Big Data seldom came up. The reason (as noted by many people): All data is Big Data these days. When you look at the volume of existing data and the amounts that are being generated every second, you can see why that thinking is so on the mark.

But that said, there are other tags applied to data that still hold meaning. Those tags are the descriptors (aka prefixes) for data volumes. Those are the units with names such as megabytes, gigabytes, terabytes, petabytes, exabytes, and more that help us size up storage and other factors related to data. Mega giga, tera, peta, and alike are commonly called the International System of Units (SI) prefixes.

You would think that with such prefixes, we’d be all set. But that is not the case. Some estimates of data generation are already starting to use prefixes at the top of the existing range (yottabytes and zettabytes).

Some stats on volumes and growth help put the issue into perspective. From 2020 to 2025, IDC forecasts new data creation to grow at a compound annual growth rate (CAGR) of 23%, resulting in approximately 175 zettabytes of data creation by 2025. One report noted that “the amount of digital data created over the next five years will be greater than twice the amount of data created since the advent of digital storage.” Put another way, the Global DataSphere is expected to more than double in size from 2022 to 2026, according to John Rydning, research vice president, IDC’s Global DataSphere.

One new source that is expected to experience massive growth during that time is the data from IoT devices. Some IoT stats illustrate the expected growth:

With such numbers in mind and with the expected growth in data volumes, new SI prefixes were added this month for the first time since 1991. Specifically, measurement scientists and government representatives from around the world voted at the General Conference on Weights and Measures (CGPM) to expand the range of prefixes used within the International System of Units.

The new names for very large numbers are:

While not pertinent to data and storage, the group also added comparable prefixes for the bottom end of prefixes. Those new designations are:

The resolution to add the new names noted the need for “timely action to prevent unofficial prefix names being de facto adopted.” There was a concern that someone, a company, or some other entity might pick names for the prefixes that would come after yottabyte of storage. And rather have that be the case, it was decided to expand the existing list of prefixes.