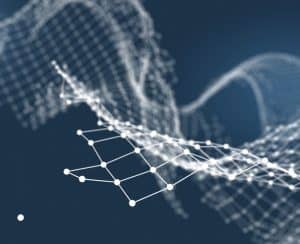 The technology’s transparency and easy verification capabilities are perfect for the job.

Vaccine rollouts are in full swing in many countries around the globe, but as more and more people become vaccinated against COVID-19, more and more questions arise over how proof of vaccination (and other important data) will be handled. After all, simply carrying your vaccination card as proof is inconvenient and risky (it’s not something you want to lose), and in our high-tech society, it just seems to be an unnecessarily antiquated solution. This is why there’s so much buzz about creating a digital analog: the digital vaccine passport. Increasingly, blockchain is being considered to bolster their privacy.

Digital vaccine passports would let you flash your phone to prove your vaccination status, which sounds like a pretty good idea at first. But digital vaccine passports raise plenty of concerns over personal data privacy. First, there’s the issue of standardization – with the Biden administration announcing that they will not be creating a federal vaccine passport, private companies are scrambling to become the nationally accepted standard. At least 17 companies have already begun work on passport apps, and the market only promises to get more crowded and confusing as others join the fray.

It’s not just legitimate companies trying to get a piece of the passport pie. There is already a bustling black market for fake vaccine cards and a number of scams using fake vaccine passports to collect and profit off of sensitive user data.

Clearly, something needs to be done to make sure digital vaccine verification programs are legitimate and that user data, which includes sensitive biometric and health history data, is secure. And the answer could lie in blockchain technology.

How can blockchain help with vaccine verifications?

Blockchain first came to prominence with the introduction of Bitcoin back in 2010. Functioning as a sort of digital ledger, the innovative technology uses a system of “blocks,” which include specific codes linking them to one another in a “chain.” Functionally, this means that every time a new transaction happens, another block is added – and because each block is unique and automatically verified for authenticity by a number of digitized checks across a distributed network, the ledger cannot be faked, manipulated, or otherwise tampered with. Changes are tracked across a peer-to-peer network and appear in real time, and even when something is erased, there is a record of it happening.

All of these features make Blockchain one of the most important and promising technologies today; Gartner predicts blockchain will generate over $3 trillion in new business value by 2030.

Blockchain’s attributes make it uniquely qualified as a tool for vaccine verification and digital health passports. The trustworthiness of blockchain factors largely here, as it guarantees the authenticity of vaccination status. For a digital vaccine passport, this could include verifying information like the person to whom the vaccine certification was assigned (which could then be cross-verified with a driver’s license or other photo ID), which authority issued the vaccine certification, whether or not the device showing the passport has the authority to do so, and more.

Because it is network-based, any changes will be reflected immediately in the blockchain. But it also opens up the possibility that a “digital passport” wouldn’t have to exist on a phone or similar device. Instead, it could simply be a QR code printed onto a physical card that the carrier can present when asked. This QR code could link to an electronic record created by a healthcare provider and verified with blockchain. This helps solve one of the biggest problems of the proposed digital vaccine passport – ensuring fair and equal access across all socioeconomic sectors. By turning a passport into a blockchain-backed QR code printed on a physical card, individuals who don’t own cellphones aren’t excluded from having access to this important technology. And, as more and more studies indicate that carefully monitoring vaccination status is a crucial part of restoring society to pre-2020 levels of physical interaction, it will be vital to solving such issues of accessibility.

Blockchain also provides important protections to personal data. Blockchain is functionally impossible to change without leaving a record of the change. This inherent transparency means that any time personal information is accessed or shared, there will be a record of it. If someone accesses a patient’s private data, or if that data is sold off or shared, the patient will know about it and be able to take appropriate action.

The future of vaccine verifications is still very much in flux, but with the rapid rollout of vaccines in the United States and elsewhere, it won’t be long before verification solutions start to go live. In fact, some states have even begun issuing their own approved passport services already. But none of these solutions will be completely trustworthy unless it’s built on a blockchain foundation.

With so many companies competing for their passport app to be the passport app, it’s likely that there will be an opportunity for consumers to choose the app that works best for them. If that’s the case, it’s important that they look for the protections afforded by blockchain technology. It’s the only way to ensure that their personal data privacy is fully protected and that their proof of vaccination is legitimate.

It’s not even close, really. Blockchain is the only technology that can provide the protections it affords. And if proof of vaccination is really as important to ending the era of COVID restrictions as the experts say it is, then blockchain will be the go-to choice for all serious vaccine passport applications.

Robert Galarza is CEO of TruTrace Technologies, developer of the first integrated blockchain platform that registers and tracks intellectual property from genome to sale for the cannabis industry.