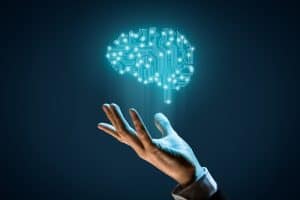 A new open source AI model looks to loosen the grip big tech has on AI research and innovation, offering the model to academics in all walks of life.

An international team of 1,000 academic researchers with the support of 250 institutions aims to challenge the monopoly that big tech over artificial intelligence innovation, with an open-source AI model which also pushes forward a new ethical approach to AI development.

BLOOM (BigScience Language Open-science Open-Access Multilingual) is a transformer-based model, in the same vein as some of the largest AI projects like OpenAI’s GPT-3, DeepMind’s Gopher, and Google’s Pathways Language Model (PaLM), but unlike the others, it is fully open-source and AI developers are able to work on and utilize Bloom for their own projects for free.

See Also: Businesses Need To Know When A Robot Or Human Is Best

Developed as an open-collaboration pushed forward by HuggingFace, GENCI and IDRIS, the creators intend it to be a research workshop that draws in researchers from all walks of life, who are enabled to do high-quality AI research without being an employee of an exclusive club of tech companies.

In terms of power (parameters), Bloom is quite close to GPT-3, with 176B parameters to GPT-3’s 175B. This should, in theory, provide developers with a similar amount of resources, although the actual sophistication of an AI model is based on a lot more than its parameters.

To that end, BigScience and others involved in the project ensured that the model was fed a good diet of data points, including Semantic Scholar, an AI-based search engine for academic publications, and a multilingual web crawler that was programmed to protect privacy.

Bloom’s key selling point is accessibility, with it being open-source AI and also written in the 20 most popular languages spoken in the world. As most AI models are built in the US or China, access for those that don’t speak the three most common languages in the world has been limited.

“BigScience and BLOOM are, without a doubt, the most notable attempt at bringing down all the barriers the big tech has erected — willingly or unwillingly — throughout the last decade in the AI field,” said Alberto Romero, an analyst at CambrianAI. “And the most sincere and honest undertaking to building AI (LLMs in particular) that benefits everyone.”

Alongside the model, BigScience has also published an ethics charter to establish the values they hold on AI development and deployment. The intrinsic values include inclusivity, diversity, reproducibility, openness and responsibility; the extrinsic values include accessibility, transparency, interdisciplinary, and multilingualism.