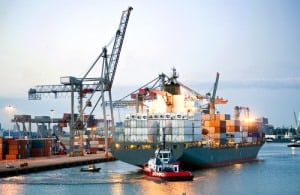 Caterpillar bolsters support for land and sea equipment through an integration of OSIsoft’s data management system into its AI services for shipping firms.

Caterpillar Inc. is bolstering its support for land and sea equipment through a new integration of OSIsoft’s data management system into its artificial intelligence (AI) services that aims to cut shipping firms’ maintenance and fuel costs.

The Deerfield, Illinois-based Caterpillar announced the deal with OSIsoft at PI World, taking place in Barcelona, Spain this week.

The agreement will see OSIsoft’s Connected Services integrated into the Cat Asset Intelligence platform, which uses AI services for real-time analysis of equipment health, fuel consumption, and other critical operations. The OSIsoft-powered analytics will enable the Cat AI system to optimize the performance of diesel generators and other equipment used in ocean-going and land-based shipping.

“Our goal is to give people across the shipping industry highest uptime at lowest total ownership costs by providing better insight into their operations so they can make better decisions,” said Ken Krooner, General Manager of Caterpillar’s Marine Asset Intelligence unit.

Central to the Cat integration is OSIsoft’s PI System, a platform that converts large streams of data produced by sensors and other connected devices into real-time intelligence. The PI System has proven popular in the energy and transportation industries, with notable integrations into rail networks, wind farms, utilities and many major oil and gas operations.

OSIsoft says that the explosion of connected Internet of Things (IoT) devices has created an opportunity to find greater operational efficiencies while fundamentally improving equipment management.

“The one thing predictions about the Internet of Things have in common is that they all underestimate the scope and scale of changes we will experience,” OSIsoft CEO J. Patrick Kennedy said in a release. “Every industrial company and every equipment manufacturer will fundamentally transform the way they do business over the next ten years.”

Optimizing equipment has the potential to save shipping firms big bucks, with fuel alone accounting for at least 50% of the total lifetime cost of a vessel. With dramatically fluctuating fuel costs, even minor reductions in engine consumption can translate into millions of dollars in savings per year.

One example is the Cat system’s insights into optimal timing of ship hull cleaning, which was provided to a client operating massive RoRo vessels. The rescheduled hull cleanings translated into less hull drag and improved fuel consumption, an efficiency that is projected to save its client $450,000 per year per ship.