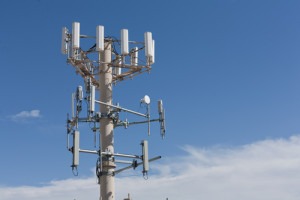 Two of the leaders in cell tower infrastructure, Crown Castle and American Tower, are working on deploying edge computing and on 5G use cases.

Two of the leaders in cell tower infrastructure, Crown Castle and American Tower, have both shown interest in the deployment of edge computing and 5G use cases.

Cell towers connect millions of devices to the Internet and other phone services every day, but the high volume of tower usage along with the distance harm latency on the network. Fast, reliable network performance is a necessity with edge computing, and cell towers may not be good enough for the next generation of devices that use 5G.

American Tower is looking at ways to evolve past the cell towers, according to Jennifer Fritzsche, senior analyst at Equity Research. In a research note, Fritzsche says the company is thinking “outside the box” for new revenue streams, and plans to use its 3,000 square-feet of property in the U.S. for new networking opportunities, like edge computing.

Crown Castle has made more concrete steps towards the infrastructure of the future. It invested heavily in Vapor IO, a company deeply invested in edge computing applications and devices. Crown Castle CEO, Jay Brown, also mentioned edge computing in a Q4 2017 earnings call:

“The development of future technologies has the potential to further extend the runway of growth. Emerging technologies including 5G, autonomous vehicles, augmented or virtual reality and internet of things applications will require mission-critical network infrastructure that provides availability anywhere at any time on any device.”