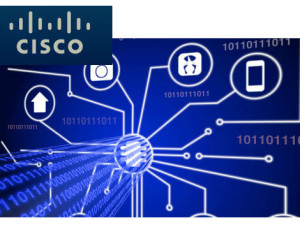 New AI-driven cloud service marries analysis of Cisco and enterprise traffic, but only for loyalists.

At a Cisco Live! 2019 event, Cisco today expanded the reach of and scope of its efforts to apply analytics augmented by artificial intelligence (AI) in real-time to network traffic.

Cisco AI Network Analytics in the Cloud adds to the various Big Data analytic initiatives the company has launched over the last several years.

The new cloud service serves up analysis of anonymized network traffic data that Cisco aggregates and encrypts from around the world on behalf of its customers. Customers can then marry the results with analysis of their own local IT environments, using learning algorithms and analytics enabled by existing Cisco offerings such as Cisco Tetration, said Prashanth Shenoy, vice president of marketing for Cisco.

“Every network is a snowflake,” Shenoy said.

See also:Cisco Bets AI Will be Deployed on Premises

The company also announced it is also now making it possible to apply network policies across multiple domains. This capability will make it easier, for example, to unify the management of campus and data center networks.

Cisco AI Network Analytics in the Cloud builds on machine learning algorithms and the various forms of AI that Cisco has been infusing into Cisco DNA Center. The latter is a platform through which Cisco has been steadily automating the management of software-defined networks based on its latest generations of switches and routers.

When coupled with Cisco AI Network Analytics in the Cloud, it becomes simpler to identify patterns, such as changes to application performance across software-defined wide area network (SD-WAN) connects. Or with onboarding times for Wi-Fi devices by individual access points, floor, building, campus, and branch.

Like most IT vendors, Cisco is making a case for employing AI to augment – rather than replace – network administrators.

Many networking environments have become so complex that network administrators find it difficult to effectively manage them. Addressing that challenge requires lower-level networking tasks to become increasingly automated using machine and deep learning algorithms. Because all that data that needs to be processed to train those AI models, the control plane for networking environments is being shifted into the cloud, where data required to train AI models can be cost-effectively aggregated.

Cisco clearly has the financial wherewithal to infuse AI to real-time networking analytics. Organizations will need to decide how much to standardize on Cisco networking equipment to achieve that goal. Clearly, many enterprise customers have already made their choice.

Yet most enterprise networks contain equipment from multiple vendors. So Cisco offers application programming interfaces (APIs) to connect such devices to its management plane. Achieving that goal requires big effort, however. Cisco also made clear that its analytics services are only being made available to customers embracing its software-defined networking, which requires the latest generation of the company’s networking equipment.

Shenoy said the Cisco approach ultimately will reduce the total cost of ownership in networking environments by both reducing operational overhead, while making the network more flexible and secure.

AI models, for instance, will help greatly reduce the number of alerts that turn out to be false positives, for instance. Fewer alerts will give network administrators more time for activities that add business value, while reducing IT staff fatigue, he said.

Ultimately, the cost of applying AI at scale to networks may force consolidation across the category. Smaller companies are not likely to have the financial resources required to infuse AI models into predictive and prescriptive network management applications.

In the meantime, watching how Cisco applies AI and real-time analytics to is worthwhile for better appreciating new possibilities in networking.