Home / Internet of Things / Connectivity East: Riding Along in Japan’s Land of the Rising Sun 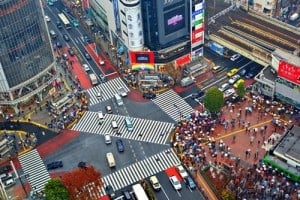 With some of the world’s most innovative automakers based there, Japan is hard at work on the connected car and is tying developments to the 2020 Olympics.

The rise of the connected vehicle is not an exclusively American phenomenon. As shown in my previous article, it is a global industry that is rising across the world, and this is just as true for South Korea, the host of the 2018 Winter Olympic Games, as it is for Japan, the host of the 2020 Olympic Summer Games. Americans generally associate Google and Tesla with the rise of connected vehicles when the truth is that Toyota, Nissan, and Honda have been quietly leading the field with the support of the Japanese government.

The Japanese government is interested in facilitating the rise of the Autonomous Japanese Vehicle. In July 2017, the National Police Agency created adoption standards for testing driverless vehicles on public roads. Companies can test their vehicles as long as they meet safety standards, such as installing systems that force the vehicle to stop automatically in case of an emergency and requiring all such tests to be done on roads where radio communications are always available.

Big goals by the 2020 Tokyo Olympics

These policies may prevent vehicles from being tested during commuting hours or on school routes. Each vehicle needs the police’s permission if it is going to share the road with non-autonomous vehicles. This and other similar policies were installed in anticipation of the 2020 Tokyo Olympics, which the government hopes to use to highlight Japan’s progress overall in the same way Korea used the 2018 Winter Olympics to highlight its own advances. The government is also putting in place cybersecurity standards to help prevent connected vehicles from being hijacked and plans to pass the necessary legislation to fully enable driverless vehicle testing in 2019.

The Japanese transportation industry is doing its best to stay ahead of the competition and Toyota, the world’s largest car manufacturer, is no exception. Last year Lexus, Toyota’s luxury vehicle division, unveiled the partially autonomous vehicle it hopes to make the safest vehicle in the world. Toyota is approaching the connected vehicle more measuredly than its competitors because it wants to be certain that the connected vehicle will work well.

It is partnering with Uber to help put autonomous vehicles on the road within a year, but these vehicles will run on Uber’s technology, not Toyota’s, and the “in-car” experience will be molded by Uber as well. This differs from a similar partnership Uber has with Daimler, which uses Daimler’s technology instead to run the shuttles. Toyota’s role appears to be supplying the vehicles and using the partnership to figure out which business models will work well in the future. The Toyota vehicle in question, the “e-Palette” class, is also being used by Mazda, Pizza Hut, Amazon, and Uber’s Chinese rival Didi.

While these vehicles will be autonomous and ready in time for Tokyo’s 2020 Olympics, the e-Palettes are not proof that Toyota is now the head of autonomous vehicles, but it shows that Toyota is in the game. If Toyota does not win the autonomous car race, it can still sell vehicles that are tailor built for purposes such as delivering pizzas and passengers without human drivers.

Meanwhile, the Toyota Research Institute (TRI), Toyota’s Silicon Valley-based arm, has already shown off the Lexus LS 600hL, which can “see” 200 meters around it thanks to its LIDAR. This LIDAR was built in association with the Silicon Valley-based startup Luminar, further cementing Toyota’s global approach to the connected vehicle. These TRI vehicles are designed to function in two different modes: a Chauffeur mode where the car drives itself and a Guardian mode for those who want to drive but would like extra protections from possible crashes. If Toyota “wins” the race for autonomy, it may partially be through its global nature and its alliances.

Nissan is focusing on autonomous driving on highways and plans to commercialize its products by 2020. Nissan is still choosing between satellite connectivity, 4G, and the future 5G standard because Nissan wants “100-percent connectivity” before it moves forward. In the meantime, it is improving its vehicles’ “positioning” system. A traditional GPS can only pinpoint a vehicle within five meters of its location.

Nissan’s system reduced the positioning error to 300 millimeters, ensuring a vehicle can correctly move into a tollbooth, merge into highways, and take tighter turns than it could otherwise. Nissan hopes it can show its autonomous vehicles are ready by 2020, although it is unclear if it means “ready to be on the market” by 2020.

Honda is making its own moves but is relatively quiet aside from promising fully autonomous vehicles (and tests to show it is on the way) by 2025. Overall, the major Japanese car manufacturers are quietly entering the world of autonomous vehicles. Most of the tests are done within certain zones, highways, and/or intersections- and they only function within ideal weather conditions. The Japanese Big Three are emphasizing smaller steps, as one can see from Toyota’s quiet attitude towards the e-Palette and the Lexus LS 600hL and Nissan trumpeting its success in positioning as opposed to the vehicle overall.

Not just the big manufacturers involved

While the manufacturers may be taking steps to ensure the technology works individually, the industry as a whole is gathering together. In September 2016 a joint venture made up of Mitsubishi Electric, mapmaker Zenrin, and nine car manufacturers began creating maps for their self-driving vehicles. These companies drive vehicles with specialized surveying equipment to map the country’s main expressways and process the data to create maps that will help automakers who invest in startups.

This venture, “Dynamic Map Planning,” hopes to create “3-D roadmaps” of 300 kilometers of the country’s key expressways — out of Japan’s 1.27 million kilometers of roadways in general and 30,000 kilometers of expressways in particular — as part of the government’s “Cross-ministerial Strategic Innovation Promotion Program” to help commercialize autonomous vehicles. These maps will have road grades, structures, infrastructure signage, and more to help vehicles know when to slow down in advance of traffic lights and prevent congestion. These maps may compete with the maps made by Google and Google’s main competitors who already lead in the field; this could help the Japanese avoid being left in the dust by international mapping corporations.

One should highlight that Japan, unlike Korea, is taking a more collaborative approach to the Internet of Cars. The car manufacturers are teaming up with each other and foreign partners to build the future whereas the Korean firms are mostly pursuing the future by themselves. As a result, these firms will be in a strong position compared to their rivals and may be more likely to hold on to their data. The Land of the Rising Sun will have an important role to play in the Internet of Cars, whatever the future might bring.

(Note: This is the second in our three-part series on connected car developments in Asia. Part one on South Korea is here.)

END_OF_DOCUMENT_TOKEN_TO_BE_REPLACED

One thought on “Connectivity East: Riding Along in Japan’s Land of the Rising Sun”