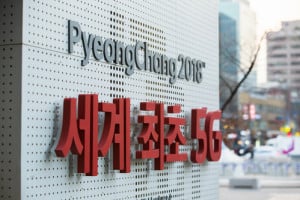 The PyeongChang Winter Olympics gave South Korea a chance to showcase their own connected car developments and its growing tech ecosystem.

In the United States, there is a lot of attention paid to the progress being made by large firms such as Google and Ford and new players and start-ups such as Uber. Many Americans forget two things: first, many firms are involved in the Internet of Cars outside of the traditional transportation and technology firms, such as Qualcomm, and second, the United States is not the only country driving the technology forward.

Most of the foreign major car manufacturers, from Volkswagen to Toyota, are involved in the rise of the connected vehicle as well as newer firms such as the Israeli firm Mobileye. In this article, we will see how the Republic of Korea is taking the opportunity to showcase some of its connected vehicle technology in the winter Olympics.

The connected vehicle companies that are sponsoring the PyeongChang 2018 Olympic Winter Games have been developing their technology for a while. Olympic sponsor Hyundai states it has developed “smart cruise control,” which provides some level of autonomy and is en route to release commercially available partially autonomous vehicles by the government’s deadline of 2020- and fully autonomous vehicles by 2030. Hyundai demonstrated the “Ioniq,” a hatchback with an electronic motor and autonomous sensors, at various shows such as the Consumer Electronics Show in Las Vegas this year. This vehicle has its LIDAR sensors underneath the bumper to maintain the vehicle’s style (as opposed to putting it on the roof, which is more common) and Hyundai plans to make the vehicles affordable by reducing their cars’ computing power.

See also: Is wireless charging critical to the future of real-time?

The Ioniq carries a 28 kWh lithium-ion battery with a 155-mile range, which is relatively far for an electric vehicle. Hyundai is working on different models of autonomous vehicles such as the Nexo, which contains a hydrogen battery that allows it travel for 600km (373 miles) after only five minutes of charging. Just a few weeks ago President Moon Jae-in rode in this hydrogen-powered, self-driving car on a highway to promote South Korea’s progress in the connected vehicle.

While Hyundai serves as the local sponsor for vehicles, KT, the Olympic wireless network sponsor, focuses on the data connections that make the connected vehicle possible as opposed to the vehicle itself. They are building 5G networks alongside Intel and Samsung Electronics as a trial service in the Olympic towns. Due to sponsor politics, KT is not promoting its two “5G connected” autonomous buses to the media, but these buses are serving the seaside town of Gangneung, where the Olympic ice hockey and skating matches are taking place.

These unmanned buses use transparent displays instead of glass, and these displays can be used to watch movies or display fictional landscapes instead of the actual landscape. KT plans to have South Korea covered in 5G networks in 2020, and these networks should process data about 100 times faster than 4G networks, which should facilitate connected vehicle technology.

The local Olympic sponsors are not the only Korean firms deeply involved in the Internet of Cars. Korean web portal giant Naver is making its own move in the Artificial Intelligence sector by developing its partially autonomous (Level 3) vehicles, and another nine local automakers and research institutes are already operating self-driving vehicles on the roads alongside Hyundai and Naver. The Republic of Korea’s three major mobile phone carriers- KT, SK Telecom, and LG Uplus- are involved in the connected vehicle as well.

KT, the local wireless network sponsor, is working with Hyundai to help build Hyundai’s Blue Link system, which allows drivers to connect their smartphones or smartwatches to their vehicles through wireless communication networks. KT is also aiding Mercedes-Benz Korea with its own connected services, which focuses on network and map technologies. SK Telecom is working with BMW Korea and Ericsson to show the strength of its 5G network. LG Uplus is primarily working with Ssangyong Motor and Tech Mahindra, as well as the internet technology unit of the Indian car manufacturer (and Tech Mahindra parent company) Mahindra & Mahindra.

There are many important Internet of Car players in South Korea, and, aside from a few companies such as those cited above, these players are developing the technology independently of each other. For example, a Seoul National University professor who is leading the development for autonomous taxis at SNUber says his firm has to develop technology such as its own maps and infrastructure information instead of using other companies’ solutions. Right now SNUber is working on data collection on different weather conditions. In this environment, Hyundai Motor Group is seen as the leader in the local field, since its subsidiaries own half of the country’s 12 permits for driverless vehicle testing. One can imagine how much further Korean companies can go if they develop less of their technology in-house and pool their resources.

It is unclear how important lack of cooperation between companies will be for the success of Korean connected vehicles. The transportation business has always involved a great deal of cooperation; whereas singular firms such as the old AT&T and Standard Oil once ran their markets, the automotive industry has always involved car manufacturers, suppliers, dealers, and developers of various technologies-a broader and deeper value chain. However, creating new technologies in parallel with other firms is less efficient than pooling resources. For instance, several German car companies and Intel collectively own Here, a Nokia spinoff which develops 3-D maps.

If South Korea wants to stay ahead of its Western peers, its firms may want to collaborate. Whether Korean companies choose to develop technologies on their own or together, Korea should not be overlooked. Just as firms in the United States are committed to pushing the connected vehicle forward, Korea is playing an important role in the Internet of Cars, and it has the potential to play an important role in the future market. We should pay attention to all of the leader in this field. Just as Korean industries are making strides into in the future, the next home of the Olympic Games, Japan, is already a leader in the connected vehicle field.

END_OF_DOCUMENT_TOKEN_TO_BE_REPLACED

One thought on “Connectivity East: The Connected Car Has an Olympic Moment”