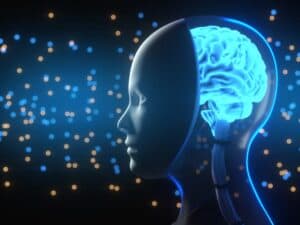 Google Search has for the better part of two decades been the dominant search engine and through that control it has established commanding leads in email, mapping, web browser, and online video. Challengers to Google’s supremacy have failed to make any real inroads, with Google’s toughest competitor, Microsoft Bing, failing to reach 10 percent search volume globally since launching in 2009.

It looks unlikely that anyone will knock Google off its search throne, however, the same has been said for a myriad of monopolies. Microsoft with operating systems, Intel with processors, Facebook with social media – all were tested when a new technology came along and changed the battleground. For Microsoft and Intel, it was mobiles, for Facebook it was video and TikTok.

The launch of ChatGPT to the wider public has led some to speculate this could be the next layer of search, with a more interactive experience between the user and the system. ChatGPT is currently limited, both by how OpenAI developed the model and the constraints applied to it to avoid misuse, but that will not always be the case.

It makes sense that ChatGPT looks like the future of search, as it is similar to what Google, Amazon, and Apple have tried to build with Assistant, Alexa, and Siri. Even though all three of the virtual assistants are voice-based, the natural language processing is the same, but ChatGPT is just far better at providing information and contextual follow-up.

One of the key reasons why Assistant, Alexa, and Siri haven’t blossomed into anything more than a timer setter and music player is that text is still king for search. When both of your hands are free, it is much quicker to type in a query and view the responses with your eyes, rather than listening to the first search result Alexa or Siri pull from the web.

ChatGPT, even with the slight delay in response, is fast and the ability to continue the conversation by asking follow-up questions means that users don’t need to retrace their steps.

That’s part of why ChatGPT feels futuristic, in the same way Alexa and Siri did when they first launched. This ability of AI to provide an answer that either meets or exceeds the initial expectations of the user creates an overwhelming sense of “I’m living in the future”, but as with voice assistants, this magic can quickly fade if the capabilities are limited.

There’s already plenty of cracks that testers have been able to show with ChatGPT, including the AI’s ability to be tricked into lying or falsifying information. OpenAI has stressed this is the case and CEO Sam Alman has said it should be used for creative inspiration and not for factual reliance.

But ChatGPT does not need to succeed for this to be the future of search. Google itself has built a similar chatbot, but will not release it to the general public because of “reputational risk”. With the hype around ChatGPT, you can bet there’s been plenty of meetings at Google about repurposing, or refocusing its chatbot as a search tool.

If OpenAI were to launch a new update of ChatGPT that dealt with current events, there’s also the problem of housing a search index the size and sophistication of Google. Microsoft may be of use here, as the exclusive license holder for GPT3, it could connect ChatGPT to Bing and offer the next generation of search before Google.

The market size for this technology is unknown as yet, and Microsoft upgrading Bing to include ChatGPT may not improve its market share as much as anticipated. There is a lot of search interest in OpenAI’s chatbot and generative systems in general at the moment, but OpenAI had one million sign-ups in a week, while Google has over four billion daily active users.

Google could also switch on their own chatbot to compete with OpenAI’s ChatGPT, if it were to launch a search tool that was competitive with Google’s own search engine.

We had similar discussions in the mid-2010s with voice assistants, with future scenarios in which users spoke directly to their devices. This concept was also pushed with Google Glass, with the user interacting through voice and Google pulling relevant information and performing tasks. In 2022, these functions are still secondary to typing and reading.

That said, the potential of ChatGPT appears more realized than voice assistance, if only because we already interact with search by typing. Having an AI as the middle-man, fetching information instead of the user browsing through search results, could be of value to many users.

Search has not changed much in the past 20 years, with Google happy to sit on its cash cow and add small user experience improvements overtime. ChatGPT is a signal as to where we could be five or ten years down the road, but its not clear how OpenAI will get there or if the majority of internet users even want to interact with search that way.