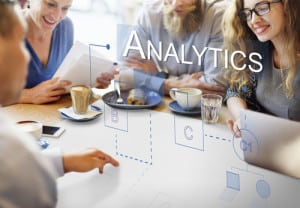 For more than 20 years, Datawatch has been developing platforms to help businesses take control of their data via data preparation. Data preparation and analytics has seen remarkable growth, influx, and change over the last few years alone, and there’s certainly an endless number of opportunities for improvement. That’s why the company is rolling out new features that they’re calling “data socialization”—in essence, tools that bridge features found in social media with more traditional preparation and analysis processes.

These changes, which are being rolled out to the company’s Monarch Swarm platform, are largely in response to “the explosion of self-service analytics, the exponential growth of data and number of data sources, plus demand for instant access to information,” according to Jon Pilkington, the chief product officer at Datawatch. The idea is to deliver collaboration and data sharing tools that data scientists, analysts, and business users want with all the data governance security that smart organizations demand.

Closing the gap between social media and data

“Data socialization is the next step in the evolution of data accessibility and self-service analytics—it’s a new way for organizations to think about, and employees interact with, their business data,” Pilkington says. The platform allows individuals and teams to “search for, access, share, and reuse prepared, managed data, as well as leverage user ratings, recommendations, discussions, comments and popularity to make better decisions about which data to use in analytics processes.”

Pilkington says that crowdsourcing is at the center of data socialization—defined roughly as the “effective creating and sharing of information.” He says that in the past, business users have been given limited resources to perform their analytics, or struggled to get up-to-date data to work with. For good reasons, IT departments tend to be pretty stringent about who is given access to the company’s data, but the idea behind data socialization is that they can now safely distribute that information with all the necessary governance oversight.

Datawatch is rolling out data socialization tools to its Monarch Swarm platform, which enables a centralized data ecosystem for all types of users. Even less technical-savvy workers, such as a marketing team, can not only access this data and perform analytics, but also learn from their colleagues by sharing interesting resources or results. Data socialization aims to make the discovery of data easier so that key players can expedite the process of rolling out those insights across the business.

For example, Monarch Swarm delivers Twitter-like features to those who prepare and analyze data. These individuals can “follow” each other, an entire department, or even a data source itself to instantly see how information is being analyzed by others inside of the enterprise.

The changing role of the data scientist

Even though the goal of data socialization is to deliver friendlier data analytics interfaces to non-scientists, Pilkington argues that “the role of the data scientist will remain important to organizations.” Those roles aren’t going to disappear, but those people will likely see their responsibilities shift as business users gain access to tools that they can use to “easily access, blend, reconcile and analyze data to make faster, data-driven decisions,” Pilkington says.

Beyond preparing data for use in self-service visualization and analytics tools, Pilkington gives one example of how companies could use data socialization: In the case of an internal audit, just about anyone will be capable of accessing the centralized platform, dramatically speeding up the entire process.

Beyond this, data visualization also makes the lives of data scientists easier through faster data preparation and better sharing opportunities. Instead of each data scientist operating within their own small bubble, reinventing the wheel again and again to accomplish various tasks, data socialization tools help them share techniques and data sets with their colleagues.

Machine learning is already starting to make headway in this space as well, and promises to further change how everyone deals with data. Pilkington says machine learning and data socialization “go hand-in-hand,” in that data scientists and business users will be able to receive recommendations based on how their colleagues are using data sources. The idea is to make their job easier and faster, and perhaps expose them to opportunities they didn’t know of beforehand.

Pilkington says, “Coupling machine learning with socialized, known trusted, governed data sets, will absolutely transform the way data is used in the organization and increase awareness and efficiency in the overall analytics process.”

Will Datawatch’s implementation of the ideas behind “data socialization” take off? There’s certainly high potential. There is no doubt that entire industries are looking hungrily for new, better ways to parse the data they already have—perhaps looking into the rather unproductive world of social media is the right path to smarter, faster decisions.