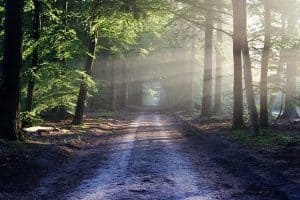 ﻿The environmental IoT startup says it plans to use its IoT network for the super early detection of wildfires.

Dryad Networks, an environmental startup, recently announced it has secured over $2 million in seed funding to develop an Internet of Things (IoT) network to provide ultra-early detection of wildfires. They’ve dubbed it the Internet of Trees. The proposed solution will use a network of sensors that can detect wildfires in 60 minutes or less after ignition, even in the most remote areas. This is in sharp contrast to existing detection methods that use cameras and satellites and can take hours or days to detect a fire.

According to the company, the Internet of Trees includes:

Dryad hopes to digitize the forest and help protect and regrow the world’s most important carbon sinks. It wants to help both public and private forest owners improve their monitoring and analytics to protect forests. They’ll do this by providing real-time insights into health, growth, and micro-climate to make forest management more efficient and cost-effective.

Carsten Brinkschulte, CEO and co-founder of Dryad Networks, said: “The notion of the intelligent forest is finally coming of age. Using a solar-powered, distributed mesh IoT network capable of covering vast expanses of forest where mobile network coverage is lacking will radically transform the way forests can be monitored and managed. Our vision is to deliver an effective communications architecture for even the most remote forests and make sub-one-hour wildfire detection the new reality,” he observed.