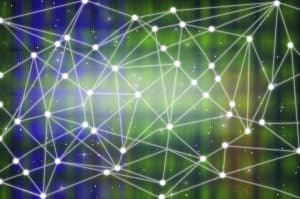 The Open Grid Alliance, a new industry initiative, seeks to bring the resources of grid to bear on edge computing networks.

Grid computing has been on the table for some time now. The concept of dynamically allocating underused compute resources to compute-intensive requirements has long been sought as a way to intelligently spread workloads. Now. with the rise of edge computing, grid adoption has taken on a whole new urgency.

A new industry initiative seeks to bring the resources of grid to bear on edge networks. The Open Grid Alliance (OGA) seeks to define and accelerate grid, which calls for an evolutionary rearchitecting of the Internet into a global, shared platform that distributes compute, data, and intelligence to when and where it’s needed, on demand. Dell Technologies, DriveNets, MobiledgeX, PacketFabric, Vapor IO and VMware are founding corporate members.

The Internet is currently built on a handful of massive data centers located, often, where land and power have been cheap, according to the OGA’s Manifesto issued at the same time as the announcement. “The applications housed in these data centers rely first on public and private backbones, and then the last-mile networks, to carry their logic and data to the fringes, to the edge, where most of us exist and where they can deliver value.”

“Today’s networks just can’t do some of the things we need it to do to unleash tomorrow’s most innovative applications,” says Kaniz Mahdi, vice president of Advanced Technologies at VMware. “The Internet was designed for almost exactly the opposite of what those applications require. That is, it’s built from the inside out, with most intelligence delivered from huge, centralized data centers. But now, billions of things generating petabytes of data are pulling the Internet’s center of gravity to the edge. These internet-connected things are not just the low power sensors of yesterday, these are the voice assistants of today, the robo genies of tomorrow, and highly interactive XR gadgets embedded in our automated lives of the near future.”

OGA advocates say the edge is too big and elaborate for any single vendor to handle. “The truth of the matter is that it’s near impossible for one technology provider to deliver this vision; the edge is just too distributed, too dynamic, and too heterogenous for a singular service provider to tackle it all,” says Mahdi