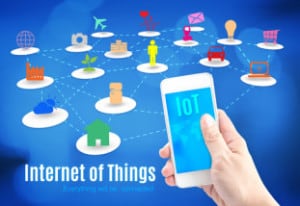 While it’s inevitable that Internet of Things will encompass business and life in general, there needs to be more work in terms of IoT security.

The Internet of Things (IoT) generally gets positive press, but there is an undercurrent of nervousness that tends to sweep through, especially when it comes to IoT security. Lee Rainie and Janna Anderson of the Pew Research Center recently surveyed leading industry thinkers, concluding that it’s inevitable that IoT will encompass business and life in general, but there needs to be more work in terms of security.

Rainie and Anderson shared the results of a recent “nonscientific” canvassing survey of 1,201 technologists, scholars, practitioners, strategic thinkers and other leaders by the Pew Research Center and Elon University’s Imagining the Internet Center. They asked these technology leaders for their views on whether security fears and vulnerabilities will dampen enthusiasm for IoT.  The vast majority, 85 percent said IoT will continue to expand anyway, while 15 percent said there will be significant numbers of people disconnecting from the global web.

Rainie and Anderson’s canvassing unearthed the following truths about IoT:

“Humans crave connectivity, and they will seek more of it due to its convenience and out of necessity because it will simply be embedded in more and more things. Further, these experts note there is commercial incentive to add this feature to as many gadgets and aspects of life as possible.”

As Ian O’Byrne, assistant professor of literacy education at the College of Charleston, put it this way: “More people will become connected because device manufacturers will make it far easier and acceptable to purchase and use these devices. In the same fashion that we added electricity to every device possible with advances in technology, manufacturers will ‘add the internet’ to all devices in the attempt to make them better … but also possibly sell more product.”

Connectivity has many exploitable flaws

“Many respondents, including those arguing the case that more connectivity will unfold, maintained that defects and vulnerabilities are a natural part of quickly evolving networks, and software and hardware and security responses are always a step behind. Many believe that ongoing attacks are inevitable in all networked digital systems, and there will be large-scale problems in coordinating various elements of the IoT to get them to work together. While these experts expect that living an IoT-dependent life will be scary at times and often frustrating, most do not expect this will be enough to deter most people from diving deeper into connectivity.”

Unplugging isn’t easy now, and by 2026 it will be tougher

The experts “made the case that the marketplace for nonconnected devices will shrink in the future, often leaving consumers with little choice but to accept an IoT presence in their lives. And they pointed out that even now people are often using connected devices, tools or services without knowing they are connected.

[ Related: 7 Ways to Secure Your Internet of Things ]

An anonymous participant observed, ‘It will be increasingly difficult to unplug, as more and more aspects of ordinary daily life are plugged in. Unplugging will require a religious level of commitment.’ A number of respondents observed that the usefulness and ‘stickiness’ of IoT platforms and services plus the corporate imperative to strive for constantly rising profits will drive IoT decision-making, causing businesses to operate in such a fashion as to make it increasingly difficult if not impossible for people to choose to opt out and still access services and functions.

Human ingenuity and risk-mitigation will make the IoT safer

“Many respondents expressed confidence in the evolution of methods by which outside regulators, as well as developers of the software, hardware and networks undergirding the IoT, will build in some method of dealing with constantly emerging security, safety and civil liberties issues.”

An anonymous futurist wrote, “The vulnerability of networked devices is a technical issue. The original inventors of the internet are basically good people, so they did not recognize all the ways that their devices can be exploited. As the bad actors expose more problems, they will be fixed. I expect that networked devices will become as reliable as our electric power grid today. It will occasionally go out – and it will be a catastrophe. But we will survive.”

As Galen Hunt, partner research manager at Microsoft Research at NExT, urged: “The security of IoT must improve. As more devices attach, consumers and enterprises will grow in their understanding of the profound need for secure systems; this need will drive manufacturers to provide secure solutions.”