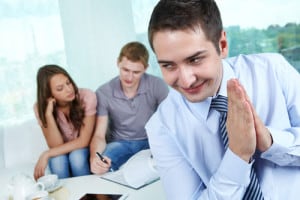 Allied Market Research has published a new report: “Fraud Detection & Prevention Market by Solution, Services, Deployment Type, End User, and Industry Vertical: Global Opportunity Analysis and Industry Forecast, 2016-2023.”  According to its findings, the global fraud detection and prevention market is expected to grow to over $40 million by 2023 from just over $13 million in 2016. Researchers said that the market was forecast to increase its CAGR to 17% between 2017-2023.

The sectors that are predicted to dominate the market include banking, financial services, insurance, and manufacturing. North America has been the leading contributor but Asia-Pacific is projected to take over that role by 2023.

According to their announcement, key findings from the report include:

The rapid adoption of big data analytics across industries such as retail, BFSI, real estate, healthcare, and manufacturing along with high demand for cloud services and widespread usage of mobile devices for payment is expected to be the driving forces behind the growth, said the report. However, the cost of deploying anti-fraud solutions may hinder that.