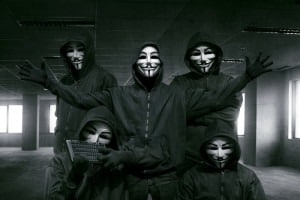 Cyber risks are no longer the sole domain of IT departments, and have climbed to the top of boards’ agenda, a new survey by BDO has found.

Digital strategies are no longer the sole domain of IT departments and have climbed to the top of boards’ agenda, a new survey by BDO has found.

But that doesn’t mean that every company is prepared.

According to BDO’s annual Cyber Governance Survey, almost half (45%) of boards have allocated more capital towards digital initiatives and tackling cyber risks.

“Developing a strategic path for an organization’s digital transformation and devoting company resources and board oversight to cybersecurity and data privacy are now necessities for businesses to survive and thrive during this time of intense change,” said Amy Rojik, national assurance partner and director of BDO’s Center for Corporate Governance and Financial Reporting.

But the survey also discovered that a significant minority, 34% of companies polled, said their organization had no business transformation strategy and does not intend to develop one in the near future.

The same trend is true of cyber risk. While 72% of board members said their board is more involved with cybersecurity now than they were a year ago, nearly one-fourth reported that their organization has yet to establish an incident response plan of any kind.

The report also found that European Union’s General Data Protection Regulation (GDPR), the most significant overhaul to the EU’s data privacy policies in more than twenty years, is not widely understood. According to the report, 69% of board directors say their organization is not impacted by the GDPR.

Most likely, BDO pointed out, many of these board directors are wrong.

Conducted in July and August 2018, this year’s BDO survey examines the opinions of 145 corporate directors of public company boards. To learn more about the survey, please click here.