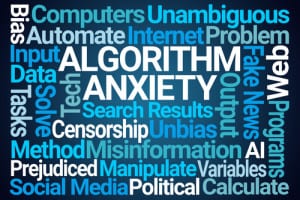 Aside from programmed bias, ethics training and oversight also have tech execs’ attention according to and Accenture/SAS/Intl report.

Biased algorithms, ethics training, and oversight are among the top concerns of global AI leaders, according to the results of a new survey Accenture released this week.

The survey found that the vast majority of AI leaders are not leaving these concerns to chance. Most said training and oversight are crucial to ensure that algorithms used by AI programs are not based on prejudiced or stereotypical assumptions.

One of the survey’s top findings is that a whopping 92% of AI leaders train their AI professionals in ethics, almost double the prevalence of ethics training in non-AI organizations.

The report by Accenture Applied Intelligence, SAS, and Intel – leveraging research from Forbes Insights – surveyed 305 business leaders in the Americas, Europe, and the Asia-Pacific region.

The survey also found that 74% of participants recognize that close oversight of AI is essential. But they also admit there is a long way to go before oversight catches up to lightning fast advances in AI.

Also highlighted in the survey was the role of analytics: 79% report that analytics has played a major or central role in their organization’s AI deployments.

Accenture has previously published guidelines for “responsible AI and robotics” aimed at a European audience.