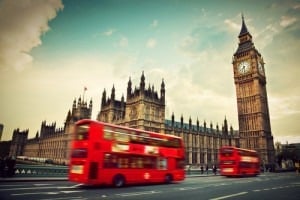 While countries are trying to come up with an AI strategy, not all can lead in all areas of this new tech. Could the UK try to become AI’s moral heart?

The British consulate in Boston recently invited me to attend an event to discuss their country’s approach to artificial intelligence (AI) strategy. The United Kingdom of Great Britain and Northern Ireland (UK) wants to improve its business relationship with the United States by establishing a reputation in AI.

Britain is no longer the “Workshop of the World” of the early 1800s, when it manufactured goods that beat its competitors in terms of price, quantity, and quality. Now it wants to regain its position as a leader in technology. The UK aims to be the new world center of AI, but it has a long way to go.

The British government wants to transform the UK into a magnet for AI. It wants people to come to the UK to learn about AI, work in AI, and invest in AI. To entice people to work in AI, the Government is advertising its business-friendly approach. The UK is promising to regulate only when necessary and invest billions into the economy.

See also: The ethics of pre-acting — is it right to anticipate something bad?

For example, the British Business Bank, the state-owned economic development bank, is investing £5bn ($6.78bn) into venture capital to build the technology economy. The UK is also promising investments in its infrastructure budget. In 2017 the Government budgeted £270m ($366.18m) to train people in “disruptive technology” such as robotics and self-driving vehicles.

While these investments may promote the UK’s place in AI, there are some economic issues that could complicate the Government’s effort. British wages are dropping and there is wariness over Brexit. The wages may push potential workers to seek more lucrative destinations. Potential workers may also be cautious about the effects of Brexit on immigration and market access.

While the UK promises to double the number of Tier 1 “Exceptional Talent” visas to increase the number of AI workers in Britain, the new immigration laws could add uncertainty over the eligibility to travel and work in the UK. Non-British companies may hesitate to invest and trade with the UK until the Brexit process is complete. The UK does have AI firms of its own such as DeepMind (which has been acquired by Google) and SwiftKey (acquired by Microsoft) and its more than 160 accelerators may create more companies, but it is unclear if companies will come to Britain if they can do well within the European Single Market.

While the Government may not control wages and cannot solve the Brexit issue overnight, it behooves the Government to nudge companies to attract and retain highly-skilled and well-paid workers.

To ensure the UK has a large base of researchers and workers, the Government is promoting the UK’s status as a student destination. At the event, one of the Government’s spokesmen said four of the top ten university AI programs were based in Great Britain, although he did not name the universities. Regardless, universities such as Cambridge and Oxford have an international pull similar to those of MIT, Harvard, and Stanford and the UK is pouring funds into its education system.

The UK is stressing education in the technical fields by pushing schools to start teaching children about issues such as data from the age of 5 and is investing £406m ($550.63m) in math, digital, and technical education and £64m ($86.68m) to “re-skill” people in technical jobs. It is also investing heavily in advanced degrees and promises to fund 1,000 PhDs in the field by 2025. The British are investing in education because they believe it will be key to their goal of making the UK a hub.

The Government believes their publicly available information is an asset. As one British official puts it, the United Kingdom has a large amount of data that is of consistently high quality and is accessible thanks to organizations such as the National Health Service. This data may help the UK create economies of scale, where the initial AI researchers and workers who focus on such data create an environment that draws other AI researchers and workers to the UK, which will transform Britain into an AI hub.

British universities attract students and high-quality information attracts workers, but the issue is to have research and jobs which will entice the students to remain in the UK after graduation or to have an environment which will entice them to create their own AI start-ups. This is especially true when the UK has an unclear near-term relationship with its future $15trn economy neighbor.

The British plan can succeed, but it has a few challenges. The UK will face stiff competition from countries invested in AI and see little reason to help the UK succeed in AI. One European Union (EU) country in particular, France, is investing $1.5bn in AI research, which is more than what the UK is spending.

Perhaps the best way for the UK to become an AI center is to create a niche such as ethical AI. The House of Lords, Britain’s upper house, released a report last month declaring the UK literally cannot match the resources of much larger countries such as the United States, so instead the UK should take advantage of long-running, known institutions such as the legal industry and the National Health Service to develop a “common framework for the ethical development and deployment of artificial intelligence systems” for a summit in London in 2019.

This is just one possible solution which may point in the right direction: instead of focusing on becoming the AI Workshop of the World, the UK can focus on building its reputation in a niche. The Consulate suggested ethical AI as a possible focus. Being the moral authority, in my opinion, is a worthy goal and could lead the UK to become a powerful AI hub. Furthermore, there are other niches to pursue, such as driverless vehicle AI, that could make the UK once again a leader in innovative technology.