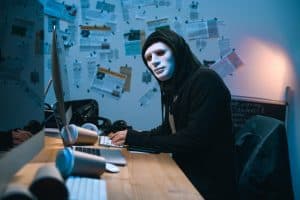 SonicWall has released its 2019 SonicWall Cyber Threat Report, which analyzes data from over 1 million global sensors to gain insight into the state of cyber threats and attacks. The news isn’t good.

“Cyber perpetrators are not letting up in their relentless pursuit to illegally obtain data, valuable information and intellectual property,” said Bill Conner, President and CEO, SonicWall. “We must be unyielding in this cyber arms race. Sharing vital threat information with our customers and partners provides them a tactical advantage. But it’s also important to arm those at the forefront of this battle with this intelligence, promote global awareness of the threat landscape and continue to facilitate important dialogue around today’s most prevalent cyber threats.”

SonicWall sampled over 700 million malware attacks and found that 19.2% used non-standard ports, an increase of 8.7%. The analysis discovered threats in over 47,000 PDFs and 51,000 Office files.

Experts agree that industries and governments must work together to build secure environments and mitigate risk. This approach will build citizens’ trust in their governments and consumer trust in business. The report provided a critical analysis into various threat tactics and methods. As more organizations rely on metrics to understand and forecast risk, its creators hope that governments and enterprises will benefit from the data.