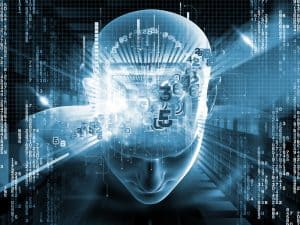 Before developing any military AI system, the U.S. government should have plans to address data silos, security, accessibility, and change management.

The use of artificial intelligence for military purposes has concerned many experts and activists, who see the technology as a new superweapon for global powers to use against their enemies.

Some, including Elon Musk’s OpenAI, the co-founders of Google subsidiary DeepMind, and Skype founder Jaan Tallinn, have signed a declaration promising not to develop robotic weaponry for any government.

While this may dent the progression of militarized AI for a few years, China and Russia both have internal projects for AI development. The U.S., through DARPA, is working on similar technologies.

According to Brigham Bechtel, chief strategy officer for MarkLogic, the U.S. government should look into four areas before developing any military AI system.

The first is data silos, a common issue in the business world. Unstructured data without any context or metadata attached, locked inside a department silo, could be of critical use to another department. Without modern databases and analytics tools, and a centralized location for the AI to discover all this data, the algorithm may miss key information.

In an age where foreign powers regularly test cyber defence, data security is paramount. Bechtel said it needs to go beyond simply securing the data behind a perimeter, the data needs to be incorruptible and non-removable. Full data encryption, levels of control within the department and organization, and anonymization are identified as three main ways of enforcing data security.

Adding to the point that data needs to be incorruptible, there also needs to be a record of when data has been changed, when and by who. This is imperative for governments that coalesce large amounts of data, and may not be able to verify if the data has changed without computer verification.

The last area is data accessibility. According to Bechtel, governments need to be able to view mission critical data in real-time, to provide an up-to-date intelligence picture. For missions that may involve moving targets, having the latest intel could make a huge difference, especially if an AI is making judgements based on the data it is receiving.