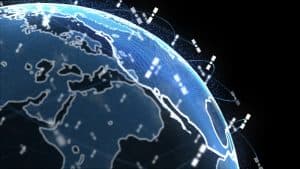 The demand for globally connected devices is growing. Communications through satellite is one way to ensure connectivity on a large scale.

The most significant trend in IoT will be full utilization after years of dancing around what IoT can accomplish. One of the most significant reasons behind this push is the rise of global connectivity through advances in satellite communication. It’s been challenging to use satellites in the past, but all that’s changing thanks to a few key advancements.

IoT advancements haven’t slowed down. Whether it’s consumer-facing applications, or production and manufacturing, the lure of ever more accurate data with fewer time outs is a real goal. The infrastructure of IoT will have to evolve, and satellite capability could push the network beyond what terrestrial providers can offer to something truly remarkable.

Let’s take a look at some ways that satellite connectivity could revamp the network and how a hybrid delivery system may be the answer to handling the sheer number of nodes coming down the pipeline.

The Difficult History of Satellite IoT

Wireless communication between devices drives IoT. It’s been challenging to coordinate that network; however, because unlike your smartphone, IoT devices run Machine-to-machine (M2M). These connections use very small packets of data with low transmission speeds across 20 billion connected devices. It’s a coordination challenge.

Satellite operation may seem like a slam dunk for the IoT industry, but it presents its own challenges. Although sensors send tiny packets of information, the number of sensors connected to a single satellite magnifies those small signals into something that overloads the satellite in question.

Connecting with the satellite in question is also dicey because the control data needed to establish a connection in the first place is larger than the payload submitted by the sensor. Removing or reducing control information could lead to sensors interfering with each other. The last thing you need in IoT is a constantly overloaded network with constant crashing.

We’ve come a long way, however. New, counterintuitive measures that work with M2M control information turns this “necessary waste” of resources into something that stabilizes traffic and uses more interference rather than less to stabilize the connection.

The demand for globally connected devices is growing, particularly across sectors involved in production and manufacturing – think devices that regulate things like off-shore drilling stations, large scale agriculture, or desert pipelines. Custom-engineered communications through satellite are the only way to ensure connectivity on that scale.

Narrowband providers (L-band frequencies), connect most of our IoT devices now. Still, high-throughput Ka-band and Ku-band connections have increased speed and function, creating a superhighway for IoT that originates in space.

Combined with advanced systems of multiple random access, satellites are better able to extract useful information from sensors by allowing each node to transmit multiple copies of the same message. The receiver cleans up and extracts useful information, reducing downtime, and maintaining access connections.

Companies developing new algorithms for interpreting information specific to satellite connectivity within IoT are focusing on both efficiency and simplicity to make the IoT connection accessible for more groups that need it.

Why Is Satellite Connectivity So Important?

Satellite connectivity opens a range of possibilities, not formerly possible with standard M2M. Satellite operators can offer pretty strategic advantages to traditional operators, especially for fields and applications that cross disciplines and borders.

Transportation infrastructure is changing. The connectivity within the trucking industry, for example, is making things like fleet management more efficient. In public transportation, tracking and predictive capabilities are also on the rise. IoT is enabling things like geofencing for military assets or smart inventory management in shipping.

With satellite connectivity and broadband, the newest generation of transportation-related IoT makes it possible for greater efficiency and fewer network breaks. For large fleet management, this type of stable connection ensures that all moving parts are accounted for.

Point of sales connections work only with a robust connection to the network, and satellite communications are the driving force. Maintaining reliable connections for both security and operations is vital to expanding the industry beyond traditional borders and institutions.

Providing banking and retail capabilities to those without traditional access to such technology is another benefit of satellite connectivity. The scale of IoT demands access even in remote locations, something satellites are equipped to handle.

With the real prize of reaching sustainable cities, satellite IoT has the potential to explode it from theory to reality. Deploying IoT throughout a smart grid to better manage energy and allocate resources could make smart cities not only possible but probable.

IoT also enhances security. Satellite connections ensure that the infrastructure remains online by providing integration with terrestrial-based systems. Between the two, traditional and satellite, it provides a broader base of coverage to ensure there are no gaps.

Consumer-facing IoT gets a lot of face time, but the real payload lies in using sensor networks to explore, monitor, and manage remote assets. Energy, natural gas and oil, and mining operations, among others, are exploring using sensors to maintain operations in geographically remote locations.

Energy and mining companies, in particular, are exploring these sensor networks to aid in exploration. Sensors can report conditions down to the minute with the right satellite networks, and data received could provide insights into new locations for operations.

Satellite opens a range of applications for consumer-facing products as well. With wearables, for example, consumers suddenly have a range of services right on their bodies – from fitness data to secure purchasing and check-ins.

As consumers ask for increasingly more connected experiences with fewer glitches, satellites offer capabilities for true coverage with fewer issues. Speed and low latency is a vital part of the infrastructure of IoT deployment.

Satellites can also be a cost-effective way to handle the burgeoning numbers of IoT devices on the network. To find the real solution to deployment, satellite tech that can handle more requests while reaching even the most remote parts of the world (and with no interruptions in service) can help make global IoT practical.

The Future of Satellite IoT

Access to satellite services needs to be easier and more accessible to bring real IoT capabilities to the table. While the most prominent use cases lie in production and manufacturing, consumers will reap the benefits of exploring satellite support as well.

There’s no shortage of demand for further-reaching IoT connectivity. Whether it’s energy companies looking for the next site of operations or smart cities trying to make operations safer and more efficient in the new age of environmental concerns, IoT could be the norm beginning very soon.

New techniques with satellite tech are promising, but we haven’t quite mastered it yet. However, as the race to bring IoT into the world of satellites continues, we could see global coverage happening sooner rather than later.