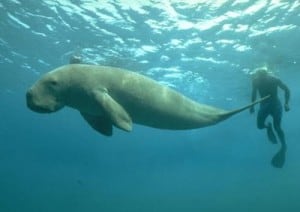 Conservationists and the IoT are key partners moving forward.

So, what do you think of when you consider the Internet of Things? Monitoring jet engines? Monitoring MRI machines? Perhaps health-related wearables?   How about tracking dugongs?

What’s a dugong? Dugongs, also known as sea cows, are marine mammals that are listed by the International Union for Conservation of Nature as a species vulnerable to extinction. They face many dangers from local fishing, destruction of habitat and illegal hunting. Fishermen in the Philippines are using Android apps and smartphones to track dugongs in the Philippines. This is in a bid to help save them from extinction.

The process is simple. The fisherman capture data to upload (photos), which is further analyzed. The “citizen science” conservation project – in which scientific research is carried out by nonprofessional scientists – is managed by Smart Earth Network (SEN) and marine conservation non-profit C3 (Community Centered Conservation), with IoT cloud provider Ki supplying the platform.

To call this IoT is a bit of stretch, really. The fisherman are just taking photos after all, but they are using those photos with GPS coordinates for animal tracking and to return valuable data to the scientists. The alternative is to strap transmitters around their necks, and I always thought that was a bit silly.

Conservation and the IoT 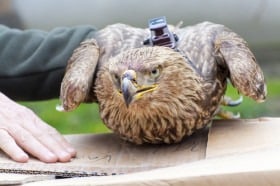 We’ll see more of these types of projects as sensors get smaller, and as more people carry smartphones. All you need do is to put out the word that you’re looking to track bald eagles, and you’ll have thousands of pictures with GPS data beamed back in near real time. Again, IoT is about using that data to draw conclusions, no matter if it’s a jet engine or a dugong.

Of course, we can go to silly extremes with any of this stuff, including having hundreds of thousands of animals roaming or swimming the earth with devices on or in them. Moreover, there is certainly a point where you reach data saturation with IoT. Thus, defining a good sample size is important as well.

Conservationists have long relied on IoT, even before it was called IoT, to track endangered species. I remember the caribou will huge collars and rabbit ears that I saw on Sunday night TV when I was a kid. And the scientists pointing huge antennas in different directions just to determine location.

Now, with satellite communication, GPS, and miniature sensors, this makes conservationists and IoT technology key partners moving forward. The animals won’t look like an odd running TV set, and the scientists will have their pick of data. That’s a movement in the right direction.

Related: Predicting Earthquakes: There’s an App for That

White Paper: How to ‘Future-Proof’ a Streaming Analytics Platform
Research from Gartner: Real-Time Analytics with the Internet of Things
E-Book: How to Move to a Fast Data Architecture
The Value of Bringing Analytics to the Edge
Preventing Downtime With Predictive Analytics
IoT Hacking: Three Ways Data and Devices Are Vulnerable