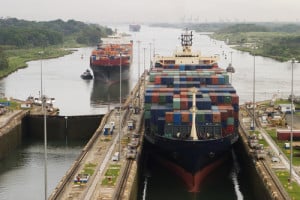 At any given time, thousands of ships are plying the world’s oceans. Tracking them in real-time, like with aircraft, has always been a challenge. Until now.

At any given moment, there are approximately 70,000 ships and boats now somewhere out among the world’s five oceans, all part of a vibrant commercial fishing industry. And it’s now possible to monitor every single one of them, in real-time.

See also: Could blockchain be the future of your supply chain?

In fact, Cohen adds, “70,000 vessels of the global fishing fleet traveled 460 million kilometers in 2016, equivalent to traveling to the moon and back 600 times.”

So, what’s the point of assembling all this real-time data? For starters, the researchers can establish patterns across nations and cultures. In addition, measures can be taken to address overfishing of certain regions of the sea. Now, researchers can spot the patterns at any time and location around the globe.