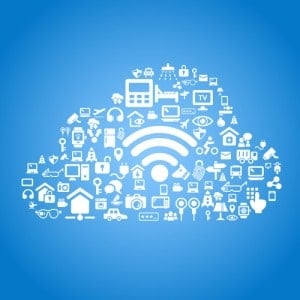 Recent acquisitions, including Treasure Data, by Arm is showing the firm’s hand about how they’d like to tackle the IoT needs of clients.

Arm is expanding its ambitions to converge the management of platforms, connectivity, and analytics involving Internet of Things (IoT) projects by acquiring Treasure Data, a cloud-based platform for analyzing data in real-time.

That move comes on the heels of Arm’s acquisition of Stream, a provider of connectivity and device management and the launch of Arm mBed Cloud, a service based in part on the technology developed by Stream.

Dipesh Patel, president of Arm’s IoT Services Group, during a conference call, said the combination of Treasure Data with other Arm cloud services completes what is now branded as the Arm Pelion IoT Platform.

“This is the first platform to span the complete range of IoT services,” says Patel.

Arm, which was acquired by SoftBank Holdings in 2016, reportedly provided the $600 million Arm used to acquire Treasure Data. In addition to making Treasure Data part of the Arm Pelion IoT platform, Arm has also pledged to continue to make the analytics service available independently.

See also: Is the internet of things growing too fast?

Patel says one of the most immediate challenges any organization face when launching an IoT project is data preparation, which is required to drive analytics applications. By combining multiple IoT services together in the cloud Patel says an Arm Pelion IoT platform that can be deployed on any cloud platform will be able to drive IoT deployments on a global scale. To drive that ambition Arm has already formed technology partnerships with over 140 companies, adds Patel.

Obviously, Arm isn’t the only cloud service provider with similar IoT ambitions. The Arm cloud services are designed to span multiple classes of processors. But the fact that Arm processors are already widely used in embedded systems create a base from which Arm can extend its reach into analytics. Arm has also previously outlined an ambitious effort to enable organizations to employ IoT applications using microservices based on containers.

Treasure Data adds a data management capability to the Arm IoT Pelion platform that will be capable of processing a massive amount of streaming web, mobile, and IoT data. Treasure Data claims it already handles two million events a second and processes hundreds of thousands of queries against 50 trillion records a day on behalf of over 300 customers. The Arm Pelion IoT Platform promises to extend the reach of that service to what eventually will become trillions of things connected to the Internet. The end goal should be the melding of IoT analytics with other analytics applications based on, for example, customer data, that could drive a variety of digital business processes.