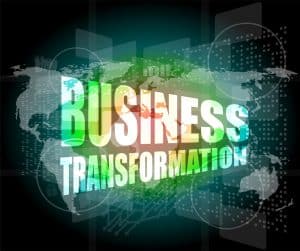 As organizations evaluate how they fared during the pandemic, it will become obvious which applications proved too inflexible to adapt to what is rapidly become a “new normal” for business.

Making his first keynote speech since assuming the CEO mantle of IBM, Arvind Krishna during an IBM Think Digital online conference this week predicted the COVID-19 pandemic will be remembered as the seminal moment that accelerated digital business transformation.

“It’s a critical turning point,” says Krishna. “Transformation journeys that were to have taken years are being compacted into months.”

Organizations, for example, have learned they need to make their supply chains much more resilient given the lessons learned during the pandemic, notes Krishna.

See also: Business Continuity In the COVID-19 Emergency: How IBM is Responding

As part of that transition, Krishna says it’s also apparent that every business will now have to embrace artificial intelligence (AI) to successfully compete.

“Every company is now an AI company,” says Krishna.

In addition to encouraging organizations to embrace digital business transformation more aggressively, IBM is simultaneously making a case for applying AI to automate IT in a way that will ultimately reduce the total cost of IT. At a time when the economic downturn brought on by the COVID-19 pandemic is forcing companies to re-evaluate their entire business and IT strategy, interest in IT automation to reduce the cost of managing increasingly complex IT environments is on the rise.

A Watson AIOps platform launched this week by IBM, for example, leverages machine and deep learning algorithms that IBM has been developing for its AI platform and applies them to automate many routine IT tasks or identify issues before they become a major problem. At the same time, IBM is launching an edge computing initiative that leverages open source Open Horizon software initially developed by IBM to enable a single administrator to manage 10,000 edge computing platforms.

Continuing that same IT cost containment theme IBM also announced a technology preview of IBM Cloud Satellite, which is based on an instance of RedHat OpenShfit that can be deployed in an on-premises IT environment. Because Red Hat OpenShift is based on the same Kubernetes framework IBM employs in its public cloud, IBM Cloud Satellite enables IBM to extend its cloud control plane out to an on-premises IT environment.

While large numbers of application workloads will be deployed on public clouds, Krishna notes that performance concerns, compliance, and data sovereignty requirements will all lead to organizations also continuing to deploy applications in on-premises IT environments. Couple that with the rise of edge computing platforms and the future of IT is almost assuredly by definition hybrid.

IBM is betting the current economic downturn will accelerate the transition to hybrid cloud computing as organizations look to reduce costs by employing a single control plane to manage multiple clouds. Organizations that have adopted public clouds alongside on-premises IT environments have discovered managing various platforms in isolation increases their IT staffing requirements. Each cloud platform typically requires a dedicated team to manage it.

It’s not clear how much of an appetite any organization will have for major IT investments in the immediate future. However, as organizations evaluate how well they fared during the pandemic it will become obvious which applications proved too inflexible to adapt to what is rapidly become a “new normal” for business. In terms of being replaced or modernized, those applications now have a target clearly painted on their backs.