In the first of this two-part interview, Dr. Richard Soley of the IIC calls for more semantic standards to integrate information on huge industrial IoT networks.

If you’re curious how far the Internet of Things (IoT) and its close sibling, the Industrial IoT (IIoT), are progressing, just look at conference attendance numbers. In June of 2015, the Industrial Internet Consortium (IIC) held its seventh quarterly meeting at the IOT Solutions World Congress – the largest gathering for an Industrial Internet conference to date. The conference attracted 4,500 business and operational executives from 40 countries who heard more than 120 speakers discuss the opportunities and challenges in deploying IIoT.

Much of this growing activity reflects the work of Dr. Richard Soley, a longtime proponent of collaboration and standardization across the IT industry. These days, he’s leading the charge in the industrial IoT space, which is opening up new opportunities that is revitalizing the manufacturing sector. Soley is chairman and CEO of the Object Management Group (OMG), an international, technology standards consortium, founded in 1989.  In his role as OMG CEO, he also oversees the efforts of two OMG-managed consortia, as executive director of the IIC, as well as heading up the Consortium for IT Software Quality and the Cloud Standards Customer Council.

In the first of this two-part interview (part two on IoT business benefits is here), Dr. Soley addressed the importance of IoT standards and IoT interoperability for real-time data applications. 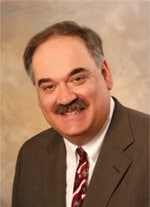 RT Insights: The creation of IIC was an important step toward standardization. What kind of progress has been made toward IoT standards, and what’s on the horizon for 2016 in terms of standardization activities?

Soley: It was less than two years ago when the Industrial Internet Consortium was formed to collaborate with open source organizations and international research organizations to build and manage testbeds that IoT-enable industrial systems. Since then, we have reached some major milestones.

These testbeds  are controlled experimentation platforms where new technologies, new applications, new products, new services, new processes – can be initiated, thought through, and rigorously tested to ascertain their usefulness and viability before coming to market. For example, the EMC-led INFINITE testbed has already collected reams of data on the use of ambulances in County Cork, and will soon be integrating that data into ambulance service optimization.

The IIC, however, is not a standards organization. What the IIC is doing is learning from these testbed developments, and handing over standards requirements and priorities to its liaison standards organization to set about standardizing solutions that will make Industrial IoT solutions reliable, repeatable and secure. One such organization, of course, is the Object Management Group, which focuses on semantic integration standards in a couple of dozen vertical markets, including manufacturing systems.

RT Insights: Where do the greatest gaps in IoT standards exist?  Are there other gaps that still need closing, such as network connectivity?

Soley: Most standards organizations today, when faced with the needs for interoperability and portability standards to support the Internet of Things — especially IIoT — focus on middleware – moving bits and bytes from place to place on potentially huge and complex networks of sensors, data analysis engines, and actuators.  Although this isn’t exactly an easy problem, it is a solved problem – the OMG has been developing, promulgating and deploying these middleware standards for more than a quarter century. OMG’s DDS and CORBA middleware standards are deployed in literally billions of systems today, from mobile phones to banking systems, air combat sensor and firing integration systems, to operating room systems, and thousands of other applications to boot.

The problem in IoT is the meaning of that data moving around the network. Semantic integration is a much more difficult problem, and exactly what OMG has been focusing on for the past 15 or 20 years, publishing not only standards to integrate semantics — like the Ontology Definition Metamodel, or ODM and the related Model-Driven Message Interoperability or MDMI standard, [as well as] generic systems modeling languages like UML, SysML, BPMN and UPDM — but also vertically-focused standards in financial services, healthcare, manufacturing, military communications and command and control, telecommunications and many other fields.

One great example is the Financial Industry Business Ontology (FIBO) standard for capturing and communicating in unambiguous way information about financial instruments that are traded around the globe.  Developed with the EDM Council, FIBO is rapidly becoming the way that large financial institutions capture, communicate and integrate financial data so that it can be understood across vast chasms between systems.

The Industrial IoT badly needs more of these semantic standards for integrating information on huge networks of analytics engines, sensors, and actuators and that is exactly what OMG is up to.

RT Insights: Are the “Industrial Internet” and “Internet of Things” one in the same, or are there distinctions?

Soley: Internet of Things is a broad term that covers technology used in both consumer devices, like Fitbit and Nest, and industrial devices such as sensors and actuators, along with predictive analysis used on factory floors, in manufacturing sites, medical devices, airplane engines, and electric grids.

As I travel all over the world keynoting and meeting with leaders and technology innovators, I’ve seen firsthand how the Internet of Things is changing the way technology is used in industrial systems. Internet thinking is now crossing the chasm from information and entertainment delivery into industrial domains. Millions of industrial devices are now connecting and sharing their extensive data with each other, offering insights both historical and predictive, and paving the way for Industrial IoT applications and testbeds such as smart grids, smart cities, environmental monitoring, factory automation, machine-to-machine communications, asset lifecycle improvement, digital birth certificates and emergency preparedness, just to name a few.

Read the second part of this interview on IoT business benefits.